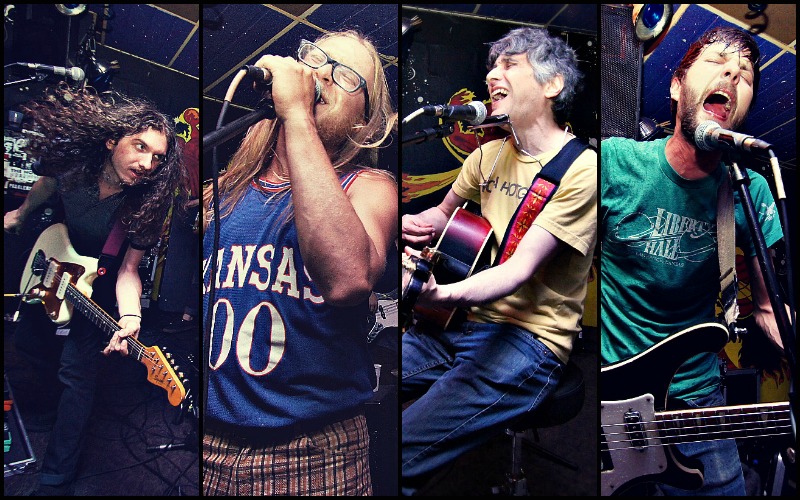 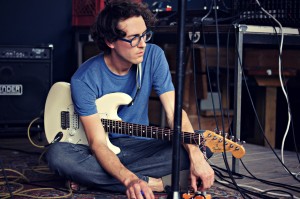 April showers brought a lot more than May flowers this year.

As expected, it stormed Kansas-style at this year’s Spring Into Summer Fest at the Replay. It’s typically done so in years past. Punk rockers, soaked from head to toe, filtered in and out of the Replay all night, gleefully bouncing around to the slew of bands that took the stage.

The night began with all sorts of experiments from Oils. The duo invited special guests and a saxophone player onstage for their interpretive songs. By the end of the set, Oils were joined by some familiar faces from the familial Whatever Forever label. 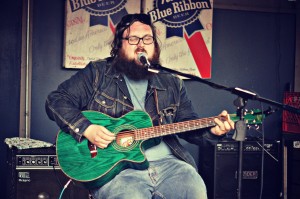 Samuel Locke Ward also got a little wild with the slide guitar and chuckle-worthy lyrics over beats before storm clouds quickly took over the skies. The storm brewed while Ward scaled a monitor and spewed quirky verses into the humid air.

The moment his set ended, musicians scuttled their gear indoors. Just as the storm kicked into high gear, Your Friend started up. It’s almost as though the storm grew at the same pace as Your Friend’s powerful ballads. 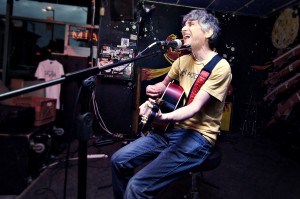 One of the highlights of the night was seeing the legendary Joe Jack Talcum perform in the middle of the LFK-heavy lineup. Perched up onstage with no more than an acoustic guitar and a harmonica, the member of Dead Milkmen played all the hits (along with some covers). He had a small yet faithful crowd who, at first, simply mouthed the lyrics along with him before yelling along to “Punk Rock Girl.”

Fans doted on his performance, and in return he doted on Lawrence. Seriously. That man watched every single performer to hit the Replay stages on Saturday. He listened carefully, and at times appeared to really enjoy the music. He was particularly fond of Arc Flash, we assume, because he whipped out his phone and started documenting the show. 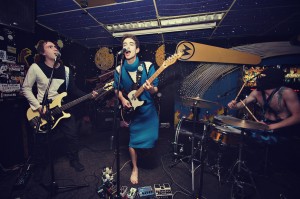 Arc Flash, naturally, was hypnotic as ever. with their increasingly tighter sets. These three showmen really have their eccentric act nailed down. They don’t need those fancy getups (which included a sweater dress, industrial overalls, and a mask) to get everyone’s attention. This band’s songs are becoming popular with the Lawrence folk, who by now have started screaming the lyrics back at the band. 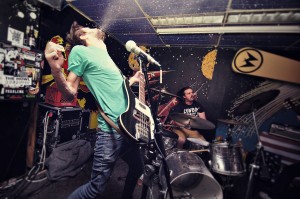 At this point in the night, the storm was full-on raging. Rain wasn’t just falling down from the sky, it was carrying out a full assault on Lawrence. It was hitting the fire pit so hard that steam was popping off of the metal top. A couple of patio dancers braved the sharp and scattered lightning, but most revelers sucked away at their cigarette sticks under what little awning wasn’t leaking.

But it didn’t matter if you ditched the rain storm outside… because everyone got a beer shower inside courtesy of Gnarly Davidson. The bassist used to spit beer at one specific point in one of their songs. Now he spews it randomly throughout the set like a busted sprinkler. 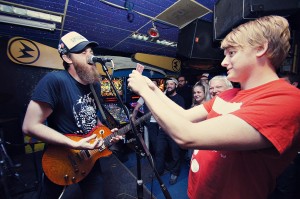 The crotch-rock patriots just got back from a hefty amount of touring and had some new tricks (and music) in tow. In fact, the guitarist had written lyrics no more than ten minutes before the show. So he called upon his younger brother to hold up a scribbled-on piece of paper while he screamed agony into the micas. The crowd ate it up, but remembered to keep their lips closed tight when the beer started flying through the air. 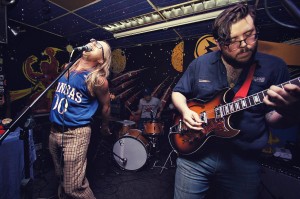 As a change of pace, Spirit is the Spirit indulged everyone with an utterly gorgeous set of new tunes (and a somewhat recently-changed lineup).

Like a fine wine, this is a band that gets better with every passing year. We’ve lost count of how many gadgets they summoned to conjure up their sweet psychedelic sounds and intricate guitar work. Their soft, easy-going tunes are the perfect soundtrack to gliding through a field at sunset… and for a moment we all forgot that, instead, we were actually standing in puddles of cold water in a dark bar. 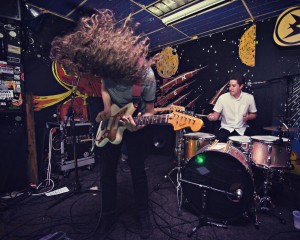 But a lot of us wouldn’t trade that dark hole in the wall known as the Replay for anything in the world. Everyone from the staff to the bands that continuously pass through the venue can feel like family. So when one member of that family leaves, they send them off in style.

Psychic Heat has been a staple of the Lawrence music-lover’s diet for quite some time, and Saturday night’s show served as a fond farewell to their forever-youthful-looking drummer Ricky. Everybody knows Ricky. Everybody loves Ricky. But a few hours after the show, Ricky boarded a plane for Germany, and nobody knows when he’s coming back. So Psychic Heat went full Psychic Heat and bid him a fond farewell by thrashing, shredding, and partying so hard, Andrew W.K. would get jealous. The band will continue, but it’s hard to watch a musician everyone’s seen grow in the scene (remember his days in Up the Academy?) leave Larryville.

But if you’re going to send someone off with a show, Spring Into Summer is a hell of a good way to go out.