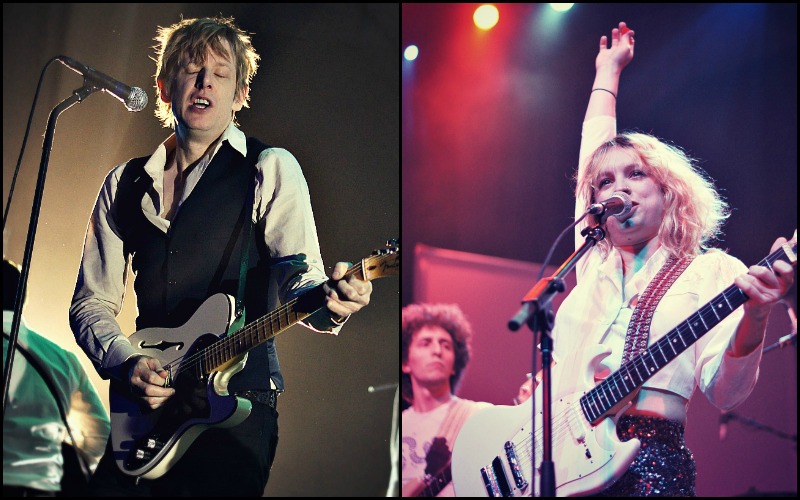 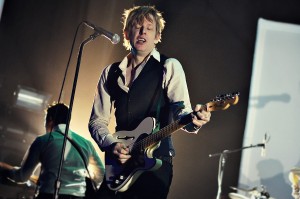 Just a few months after their Lawrence appearance, Spoon made a stop in Kansas City on Tuesday. They played to a fairly full Midland theatre and indulged fans in several songs off their latest record, as well as some earlier hits. There aren’t a lot of bells and whistles (or confetti and beach balls) that come with a Spoon show. This band instead opts for solid musicianship, well-written songs, and impeccable vocals. This is to be expected with a band that’s been together as long as they have (more than 20 years!). 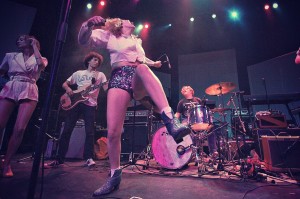 Spoon brought along fellow Texans Sweet Spirit, a band we labeled as one of the best acts at SXSW this year. This is due to their high-powered ballads, explosive vocals, and enchanting live presence. They brought along so many members (including a horn section) that they stretched out across the entirety of the stage at the Midland. It’s hard to nail down a genre for the party-inducing band because they touch on a few of them. They’ll call upon any influence within reach (pop, glam rock, indie) to conjure up a party. If you’re not the type to dance around at rock shows, Sweet Spirit might be the band to change your mind.