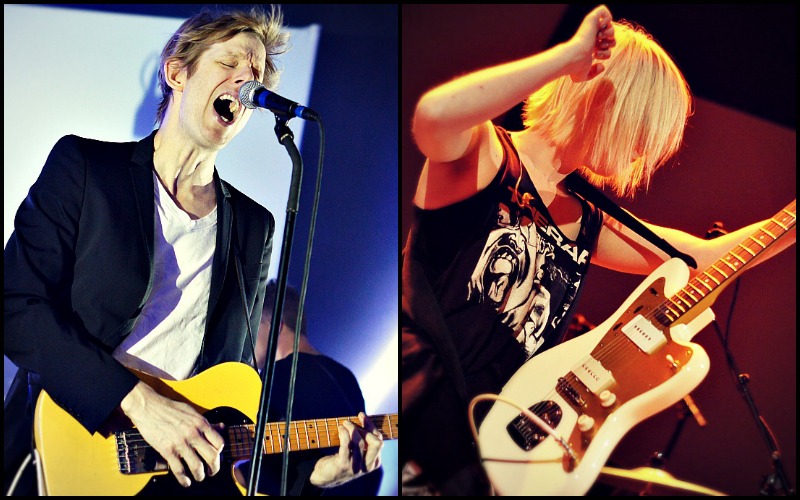 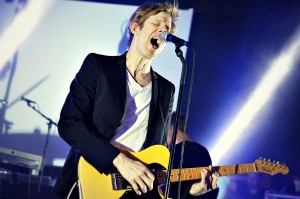 It’s probably safe to assume that Spoon is a band that just about everybody loves.

In what must have been one of the top concerts of the year, Spoon dropped anchor in Lawrence on Sunday night and nourished those hungry for eighth-notes and rousing rock riffs. The crowd was at capacity, with folks lining every corner of the venue. They leaned up against walls, crowded together on stairs, and meandered through hallways. There wasn’t a single frown in the chatty audience, which was teeming with excitement for a solid Spoon show. 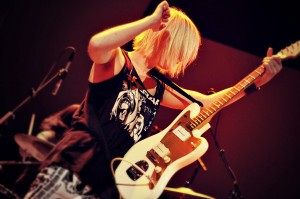 The band was joined by EMA, a musician whose popularity is constantly on the rise across the nation. It’s easy to see why. The dramatic and emotional singer indulged her doe-eyed fans with a very moving performance. Her vocals were on point, her guitar work was elegant, and the overall sound of the band was an accomplishment to be celebrated. With impressive focus, she introduced the audience to her gift of combining glamour and rock seamlessly. 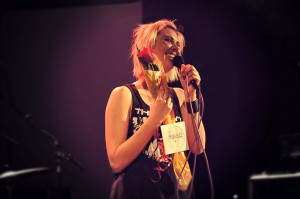 The heartwarming moment of the night came when she ended the set on the charmingly chilling “Dead Celebrity.” She spent the song crouching down before her fans in the front row, reaching out to touch their hands and interlock fingers. When she got to the final fan in the lineup, instead of reaching for her hand he handed her a rose. After the initial surprise, the delighted singer stood tall and finished the song cradling the wrapped flower the same way a just-crowned beauty queen cradles her bouquet. She was a little smitten, and showered the fan in smiles and hugs. 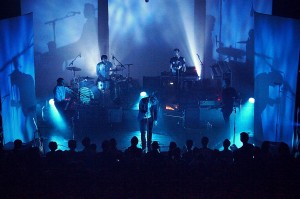 EMA did a fantastic job decorating the stage with light displays, and Spoon was no different. Strikingly tall panels dotted the space, flooding the venue in bright white light and casting massive shadows of the band members, while a mirrored prism caught some lasers and peppered them into the air. The band arrived on a cloud of fog that hung in the theatre and steadily grew throughout the night. 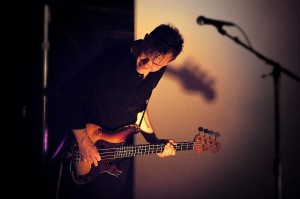 One of the reasons this was such a special show was because Spoon’s bass player is a local fella. Lawrence knows Rob Pope from his roles in The Get Up Kids, Reggie and the Full Effect, and Koufax (just to name a few). So you can bet this crowd was excited to see him with yet another well-loved band.

Fans have every reason to love Spoon. At a time when some bands soar in popularity and start to get real hot, Spoon keeps the temperature just right. Every song was performed perfectly, but not so perfect that it was boring. A lot of bands are incorporating lights and reflective prisms into their stage decor, but Spoon kept it on the reasonable (and non-distracting) side. The band’s latest album, They Want My Soul, is overflowing with infectious songs that are so catchy, you’ll happy sing the tune for days on end. 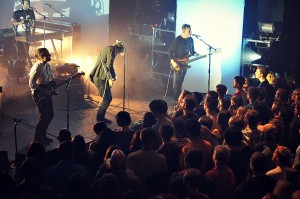 Spoon did play loads on new music off They Want My Soul on Sunday night, and immersed the audience in poppy rhythms doused with a little punk flavor. Their expert performance kept fans engaged for the entirety of their set, and powered through a lengthy set list without breaking their stride. The show was impeccable without ever growing tiresome. It’s the type of performance that, rather than sending you to work tired on Monday because you spent all of Sunday night out at a rock show, you’ll arrive at the start of the week full of vigor and ready to set sail.

No wonder everybody loves Spoon.