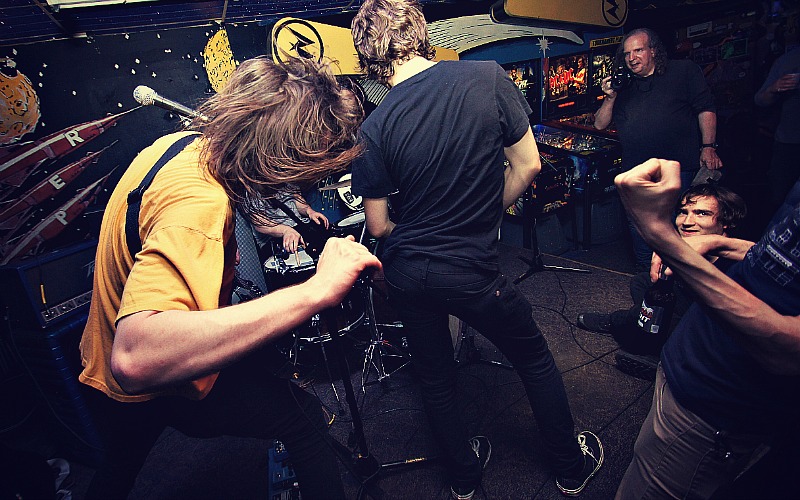 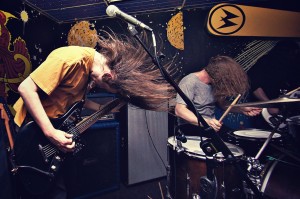 Bummer is, without a doubt, one of those bands that you never skip out on. Not even on a Tuesday. If they come to your town, it’s a blessing.

Armed with a new drummer, the screamy trio graced the Replay with all the shenanigans that come with a Cinco de Mayo (they were preceded by an aggressively informative history lesson on the historic date from Arc Flash’s bassist during their set). From their very first Replay show, Bummer has head-banged harder than any band we’ve ever seen. That hasn’t changed. Between all three of the long-maned animals onstage, you’re lucky to even catch a glimpse of their faces. Hell, we still don’t even know what the bassist looks like, and we’ve been photographing him for more than a year! 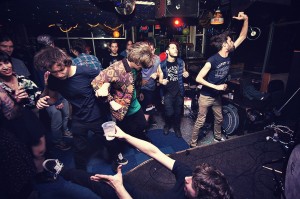 Now that the scene has fully recognized Bummer’s power, they respond appropriately with a mirrored amount of enthusiasm, and then some. It’s not uncommon to see Bummer’s fans throwing each other around, thrusting themselves onstage, and taking all manners of abuse. This is consistent with every single song. Every. Single. Song.

With massive amps uniformly lined up behind them, the chaotic energy never dips, even for a second. That’s because Bummer keeps the momentum off the charts. These rockers set the bar high, and it’s a free-for-all when it comes to the fans keeping up. It’s not just the audience cheering the band on. The bartenders screamed with pleasure, ringing the bell behind the bar franticly in approval. Even the doorman bolted inside at the end of the set and bellowed “FUCK YEAH!” above all the distortion.

Bummer is best served live with a three-course meal of angst, aggression, and ass-whoopins.