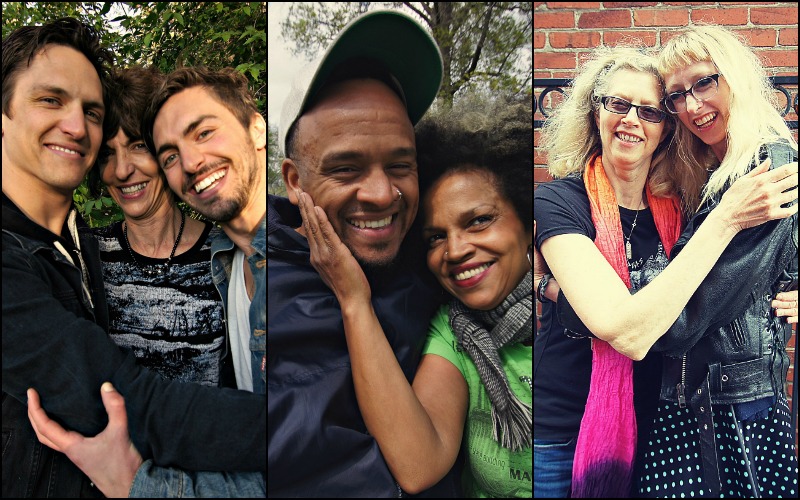 It doesn’t matter how many people turn out to their shows or how big their stages are… for many local musicians, their #1 fan will always be mom. Over the past couple of years, we noticed a pattern of mothers who consistently turned out to watch their sons and daughters perform live. It didn’t matter if it was at the Uptown or at the Replay, they were always there. In honor of Mother’s Day, here are some of the musicians who can almost always look out into the audience and see Mom standing there and cheering them on. 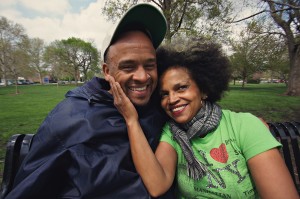 I’m The Rapper, He’s The DJ by DJ Jazzy Jeff & The Fresh Prince. 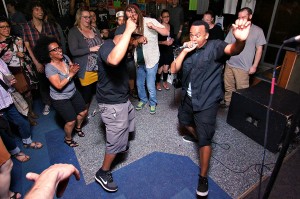 “When I dropped out of college to pursue my passion and dream, she was the one who wholeheartedly supported the decision. I thought she would be super disappointed and hurt by my decision. I was completely wrong. She knew this was the move I needed to make before I did.”

Mom says: “Sean’s ability to express his thoughts, feelings, and experiences through his music is what appeals to me most. Sean’s music does not lie. He speaks the truth. I think that is why his live performances are so powerful. We, as an audience, feel his truth and his passion. I love my son dearly and am so thankful he has touched so many with his talent.” 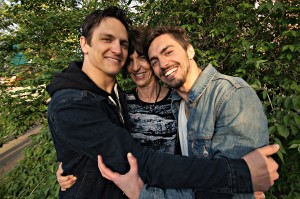 Alex: “There were copies of Bush’s Razordblade Suitcase, Oasis’ Be Here Now and cassette tapes from Semisonic and Seal somewhere at the beginning, but I most vividly recall having mom buy me Collective Soul’s Disciplined Breakdown from Wal-Mart. I remember reading a review of it in an issue of dad’s Rolling Stone and insisting we go out and buy it that day. I used the argument that if my mom was younger, and it had been a new Beatles record, she would have had her parents do the same thing. Collective Soul and The Beatles received equal airplay in our house, as I’m sure they did in most households.”

Austin: “Rockfest 1997 at the Texas Motor Speedway. At the time it was supposedly the largest one-day concert in history but I can’t find confirmation of that on Google. Some of the bands playing were Collective Soul (duh), Sugar Ray, Bush, No Doubt and Jewel. You bet your ass Paula Cole and Duncan Sheik were playing on a side stage. Counting Crows headlined and it was during their artsy phase when they refused to play ‘Mr. Jones’ unless they deconstructed it into an 11-minute anti-pop dirge. It was some sort of artistic statement and I remember my mom being really bummed that it didn’t sound like the radio version.”

Austin and Alex: “We wouldn’t be a band without my mom’s support. When we were in middle school and high school she would drive us to our first out-of-town shows in Lawrence and Kansas City. Later when we were old enough to drive ourselves, we used mom’s minivans for a few years, completely destroying two of them in the process. Mom comes to every show she can get to and remains our biggest supporter and promoter to this day.” 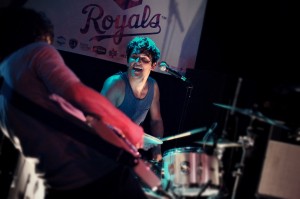 “Both started showing interest around the age of  five with Alex starting on the piano and adding guitar and Austin on drums. They also sang in their elementary school music groups.  They formed their first band, with one of Austin’s classmates, when they were in 5th and 7th grades playing originals written by Alex and cover songs including “Teen Spirit” by Nirvana and “Every Morning” by Sugar Ray.

Alex and Austin’s original band was called The Pondmonkeys and their first performance was at the Methodist Church in Fort Scott, Kansas, where they played “World I Know” by Collective Soul during the offering. Also, both still have their stuffed animals from when they were little– Alex a mouse named Sleepy and Austin a monkey named Amy and a poodle named Poodle.” 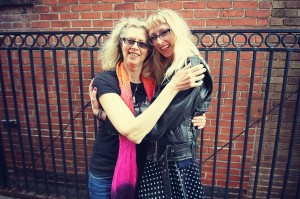 “I’m not sure what the first album my mom bought for me, but the first one I remember listening to with her was Elvis Presley’s first self-titled album released in 1956. “Blue Suede Shoes” is the first track on it and it stuck with me because my mom would sing along with it.”

“The first big concert my mom took me to was Red White & Boom ’98 when I was 11 with two of my girl friends. Got to see one of my favorite bands at the time, Smash Mouth.”

“I’ve always had my mother’s support with everything I do. She is the force behind me and is what keeps me going. There have been so many times I’ve wanted to give up on my dreams and she won’t let me. Janet is my spirit animal, I’d be lost without her.” 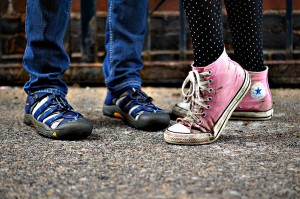 “Britt started writing songs when she was 4 . Her first song was about cows.  I love how she is having a great time playing, love watching her onstage. She is so confident and happy. It took me about four years to like her music, at that point one of her punk friends shared that punk music can be political and make a statement. I liked that idea.  I was surprised that she was such a good guitar player. She is self-taught. She was born nice. She has had her own fashion sense from birth. She is way ahead of me when I was her age, I wasn’t very responsible. Britt is very responsible, if she says she will do something she sees it through.” 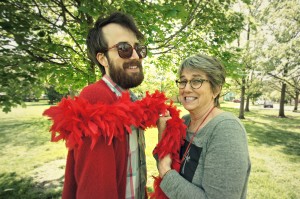 Mother’s name: Cynthia Ann Staab Luxem. “She likes to say she is the original CS Luxem, and in reality she is, but where does the A in Ann go? Huh? Where. Does. It. Go?”

“Definitely one of my dad’s concerts or MC Hammer’s ‘2 Legit 2 Quit’ tour.”

“She has given me unquestioned support and has never told me to get a real job. She attends a lot of shows, even works her way on stage to sing a song or two!”

“Christopher picked up the guitar at around six or seven years old and taught himself ‘Blackbird’ by the Beatles. We knew then he was going to be special. That is also when Christopher received his very own acoustic guitar. Up until then, he borrowed his dad’s guitar.

Christopher has a way of telling a story and this is a real talent. Whether he is writing about spiderwebs or ghosts, his music touches your heart and soul. Christopher’s father, Tom, is a great songwriter, so maybe this is genetic! Christopher’s music has gone from folk to more mature sounds. His use of technology still is a mystery to me. How does he keep all of those pedals straight?”

The Replay dances in the rain on Mother's Day