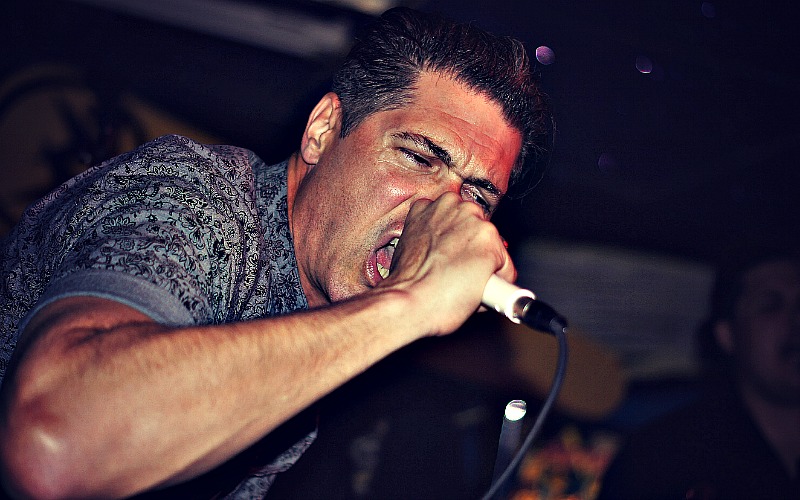 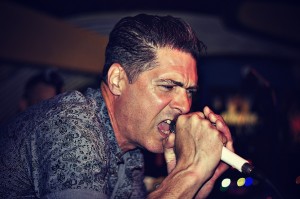 It’s been a while since we last checked in with The People’s Punk Band, but judging by Friday night’s show, we should never let that much time pass between us again.

With a spunky new drummer in tow, the band finally made an appearance back at the Replay. The People’s Punk Band is a good way to wake up any sleepy attendee. The singer alone is a good reason to get real terrified. 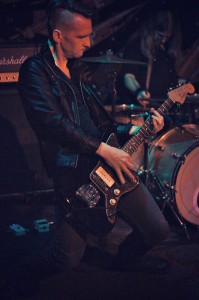 Some members will prop their legs up on anything in front of them while shredding the night away, and at the same time the vocalist’s statuesque and intimidating frame might crawl up onto the monitors and lunge towards you at any moment. It was like watching a game of chicken between him and the audience. Who was going to flinch first? If you were lucky, the vein bursting out of his forehead would drip sweat onto you.

They had all the proper ingredients for a punk band. They played those classic punk riffs fast, they played furiously, they induced thrashing… they even went on a political rant in the middle of their set. It was all there. There was something for everyone with this band, which truly does make them the People’s Punk Band.