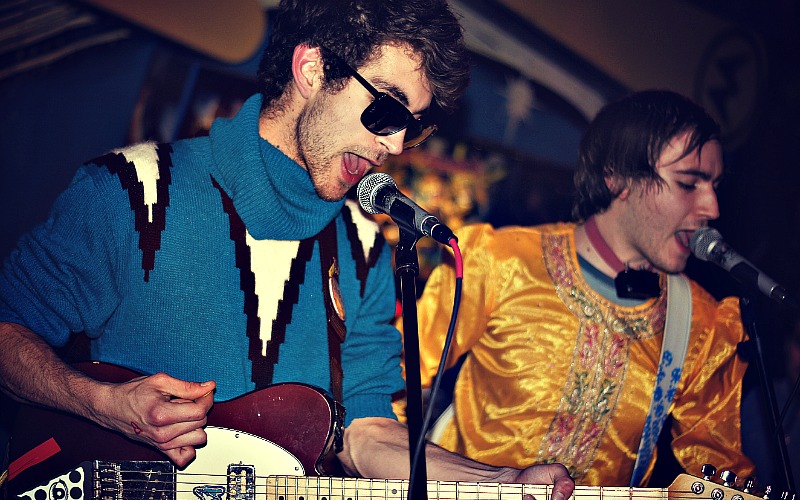 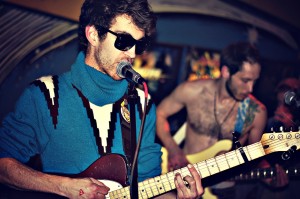 This was about halfway through Arc Flash’s set. We have to be honest with our readers. At first, we really liked this band because they were just another funk punk/garage duo out of the Whatever Forever family. But over the last few months, they’ve added a drummer, recorded some music, toured relentlessly, and brought their antics to more stages. So now, Arc Flash is kind of a big deal. 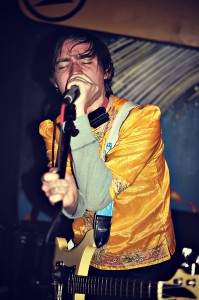 They didn’t just add any drummer, they locked down Mark Osman (from Oils, CS Luxem, Karma Vision). On top of all this, James Thomblison’s guitar work has gotten pretty fast and impressive, and we’re a little drawn to the songs he’s been writing.

On Saturday night, the band opened up the Mothercoat show with that good old rhythmic, temperamental tone we’ve come to love from them. On this night, they donned some colorful getups, including a sweater dress and a dog shock collar. But don’t let those fancy frocks distract you, this is a legitimately good band who will likely be turning lots of heads this year.

You’re right, Guillen. The time for being “cute” is over. So now it’s time to rage through 2015 and see what kind of damage you can leave behind.

Here’s a clip from their furious set, and be sure to catch them at I Heart Local Music’s Middle of the Map Fest showcase at the Riot Room in Kansas City on Saturday, April 25th: