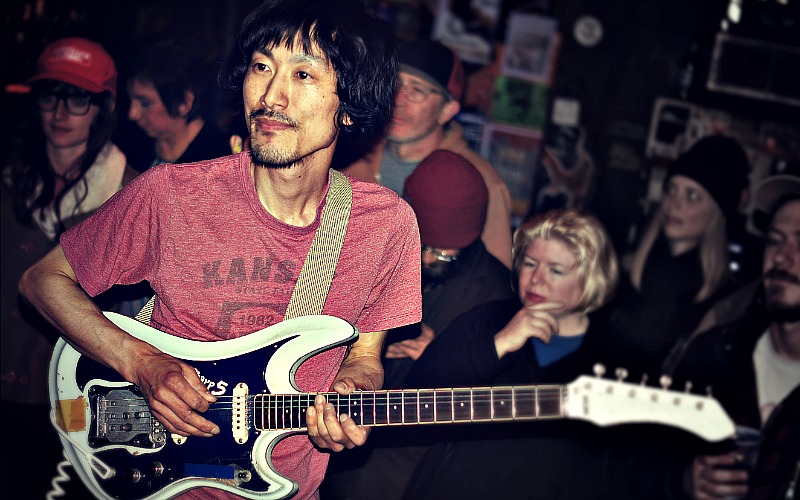 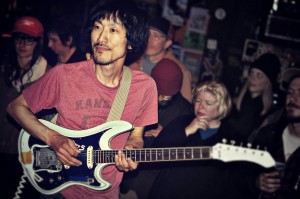 It’s not every day you get to relive those magical SXSW moments.

Mothercoat is a band we accidentally stumbled upon when we were in Austin a couple of weeks ago. We never thought the Japanese band would make it to Lawrence, but (to our surprise and delight) they were scheduled to play Saturday night.

Apparently we weren’t the only ones highly anticipating this show. The venue was packed. Specifically, the venue was packed because a crowd came out to see this specific band, and not just dance to the DJ outside. They squeezed in and huddled around the stage, but the audience reached well past the bar and to the soundboard. They remained there for the entirety of the show. 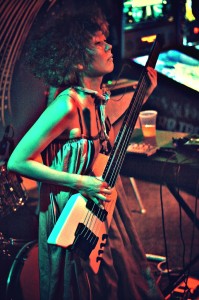 Mothercoat noticed this and brought it hard. They started with a highly danceable number (clip below), which had the bassist pulling out funky bass lines and the frontman flailing wildly all over (not unlike Thom Yorke).

The band dabbled in dueling beats all night: synthetic vs. organic. They also nailed those playful vocal loops, possibly better than any band I’ve ever seen hit that stage. The vocalist impressively flipped between a regular tone and falsettos all night. Mothercoat also proved they’ve mastered the art of the buildup with every song beginning with some simple beats, dropping in various guitar parts, and eventually climaxing with an all-out dance party in the first few rows of the audience. Most songs came to an abrupt end, with an immediate “Hi!” or “Thank you!” from the high-pitched frontman.

The audience kind of lost their minds for Mothercoat. Even folks who don’t really bother with jazz, funk, electro, or anything from Japan, really dug them. The band tried to end their set, smashing various pieces of gear and throwing whatever they could on the floor after their last song. But the audience begged and chanted until the musicians looked at each other, whispered a few words, shrugged, and started piecing their gear back together for one more tune.

We talked to them after their set, and discovered that this was possibly the most well-attended show of the tour so far. They were smitten, you could see it in their faces onstage. Mothercoat was lively and electrifying, but they always are. It was the heavy embrace of their Lawrence fans (many who had only recently discovered this band) that made this an unforgettable show.