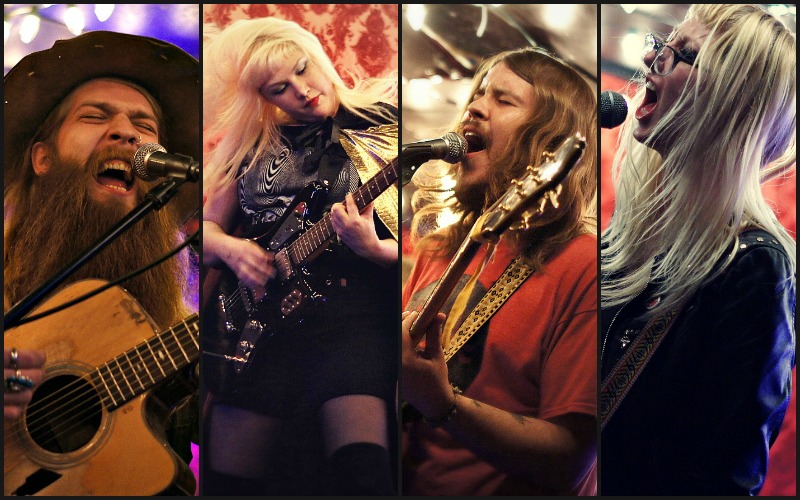 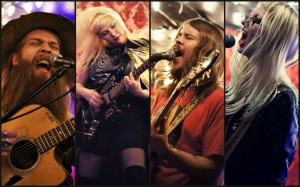 The first night of SXSW Bound was certainly an eye-catching affair. Under a bright and glistening light installation on the Jackpot stage, five acts provided a diverse and exciting lineup for an event that help those heading down to SXSW this year.

The night began with a dramatic performance from Tyler Gregory, whose voice bellowed from the stage all the way to the patio. His powerful numbers brought out thick emotions in the audience, and fans found themselves slow dancing a few times throughout his set.

Cool Guy Nice took the stage shortly after. The group is a side project from Evan Herd, of Psychic Heat. But this time, he quietly took his seat behind the drum kit while letting his two bandmates take the lead. The band is an experimental and mostly instrumental act, though at times they found a fairly jazzy beat that had the audience happily bopping along. 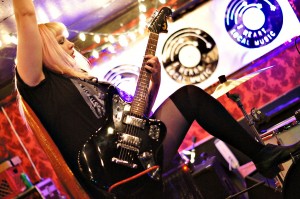 It wasn’t long before Bruiser Queen came and absolutely slayed. The St. Louis duo is so well-liked in Lawrence, yet every time they play a few fans are discovering them for the first time. This is a band that absolutely gets better with every show, constantly providing a climactic atmosphere. The two sole members of this act are striking in both their impressive musical skill and their thrilling onstage presence (on this night they were wrapped in shiny golden capes). Hair flips, shredding, cymbals crashing… they’ve got it all. The guitarist absolutely knocked the audience out with their opening number, specifically when she propped that leg up on the drums (video below): 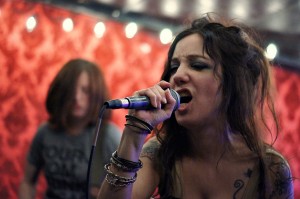 Sugar, spice, and everything rotten. Is there anything more alluring than a Bad Ideas set? This punk rock band from Kansas City is quite active on their home turf, but rarely make their way to Lawrence for a performance. So when they do end up here, it’s a real treat. The singer is absolutely startling with her dramatic (yet intimidating) jumps and tumbles on the stage. The guitarist is no one to mess with. This statuesque musician possesses such an electrifying power with those guitar skills, it’s hard to take your eyes off of her towering above you. Combine a remarkable bassist and completely splendid drummer, and you’ve got something truly remarkable. 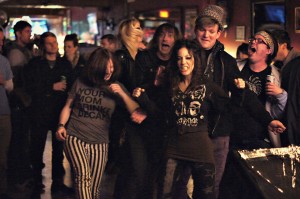 The band got kudos for stopping their performance and making the audience honor Leonard Nimoy by yelling “It’s Spock Time!” and leading the audience in the “Live long and prosper” hand salute. The Bad Ideas are an incredible band to have on any bill not just because they kill it onstage, but also because they get the crowd worked into a frenzy during every other band’s set. When they weren’t playing, they were thrashing. That, my friends, is invaluable in a performer. 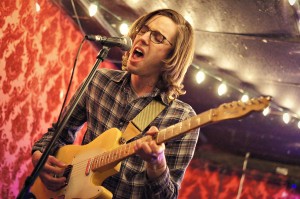 Westerners closed out the evening with a grand set that left the audience in a contagiously ecstatic mood. By now, they’ve surpassed the “up and coming” status of a new band and firmly embedded themselves in the scene. So it’s no surprise that they had some zealous fans in the audience screaming much of their lyrics along. We can expect great things out of Westerners this year because their songs, as well as their attitude, are so darn likable.