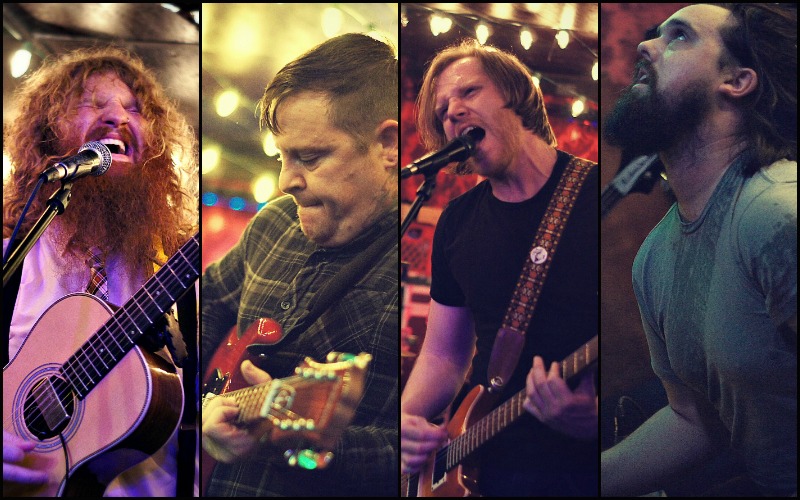 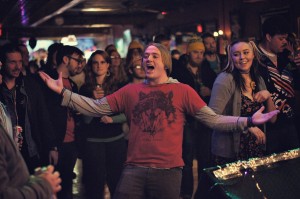 Yes, topping Night 1 of “SXSW Bound” is a near-impossible feat, but Night 2 pulled through and ended in the only way possible: rowdiness.

In actuality, the second night of the fundraiser for those heading to the SXSW music festival in Austin began on a quieter (at least by comparison) note. Nicholas St. James performed a solo acoustic set and delighted the initial stragglers at the Jackpot with his gruff voice and catchy-as-all-hell guitar pickin’. Half the joy of a Nicholas St. James set is his wise cracking remarks, and there was definitely no shortage of those on this night. It set the tone for an ornery night. 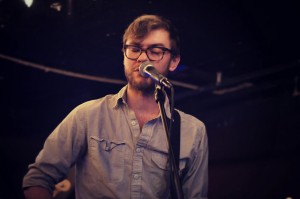 Spencer Brown took the stage with his full band next, which meant that the audience began piling in at this point. We can’t stress enough the magnitude of this performer. His voice alone demands every ounce of attention you have, but when you add in an all-star lineup of expert musicians (that he lovingly refers to as his family), there’s no end to their talent. 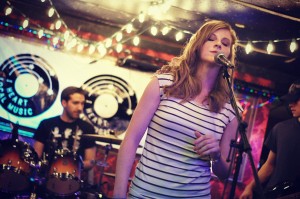 The indie crooner was a dark horse in the scene at this time last year, but pushed to the top of everyone’s list at an alarmingly fast rate. You absolutely cannot miss a show by this act. They stun the audience every time, and at one point in the night they were almost too stunned to start applauding after one of his more popular songs, “Traveling North.” You can watch that clip below: 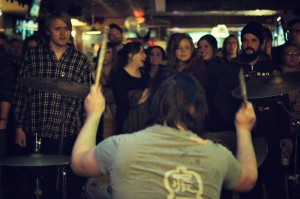 In true disorderly form, Gnarly Davidson began their set by yelling “FUCK Doug Compton!” at the top of their lungs before raging into the first song. The lawrence sludge-rockers did a fantastic job of giving an epic middle finger to the town’s most loathsome developer. It paid off in cheers and whistles throughout their entire set, which, by the way, was performed on the floor amongst their peers (rather than on the stage) in front of an American flag. True patriots, we say! Gnarly Davidson is on their A game right now, most likely because they have perfected and polished their act in anticipation of their upcoming string of tours. 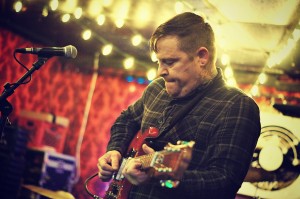 It’s a rare sight to see Replay regulars at the Jackpot, and if Gnarly Davidson didn’t lure them in, Tire Fire sure did. This town yearns for Tire Fire (we still get an earful every now and then about how much everyone misses Up The Academy). The former Up the Academy frontman and current Tire Fire leader, Ron Miller, is a fountain of songwriting expertise, and Lawrence can’t get enough. The audience damn near foamed at the mouth at the site of a rare Tire Fire performance, which was carried out in epic fashion. Not a single note was misplaced as the band plowed through fast and furious numbers. All three members of the band carry heavy Replay tones in their sound, and together they produce a heavy type of garage rock sound you’ll find only in Lawrence. 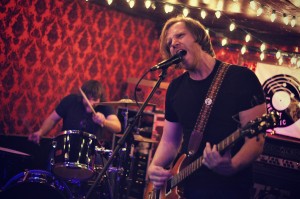 Speaking of only in Lawrence, we’re all aware of just how surly The Sluts shows can get. You will get knocked around, and it’s a little like Fight Club. If this is your first night, you have to rock. In fact, a couple of stragglers who tried to escape were quickly fetched by over-zealous members of the crowd who happily dragged them back into the moshing madness.

The Sluts played a lot of their favorites, but before their aggressive fans could catch their breaths, they debuted a handful of new songs to throw them off. All had a wicked tempo pleasing to both old and new fans. Despite being brand new songs, The Sluts pulled them off perfectly as though they’ve been playing them for months. 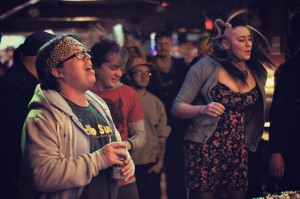 SXSW Bound ended the same way it does every year: with about a dozen or so attendees beating the hell out of each other on the dance floor. When the show was over, they sputtered out of the Jackpot into the single-digit February air, which resulted in a comical amount of steam leaking from their bodies for a solid five minutes. It’s no wonder, considering just how physical these fans tend to get. Here’s the proof: