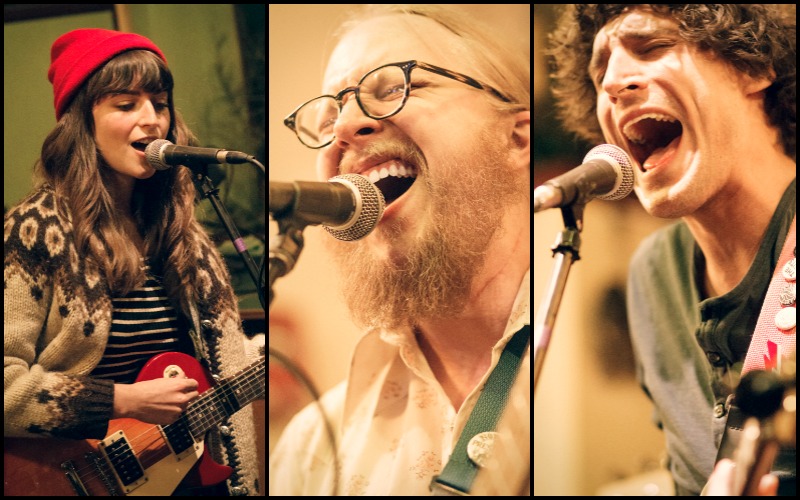 Even as a cold snap was keeping most of Lawrence indoors for the night, Love Garden brought a warm hearth and a large crowd with art from Nick Perry and music from locals Youngest Children, No Cave, and Spirit is the Spirit.

The indie duo, Youngest Children, opened the night with their brand of angsty, shoegaze inspired alternative folk tunes. Guitarist Angie Schoenherr and Bassist/ percussionist Nate Henricks share singing duties with a sound akin to a more melancholy version of She & Him.

Following such a low key set of songs only two steps from acoustic, the self-styled “Bandicoot Jazz” band, No Cave punched in the reverb and turned it up to eleven with their mashup of punk rock and 70’s psychedelic sounds.

No Cave’s big sound was the perfect lead in for Spirit Is The Spirit’s similar, yet somehow much bigger sound. Even lead singer Austin Malone’s attire was straight 70’s leisure and meshed well with the explosive set of psychedelic tunes that fittingly ended in a beautiful cacophony of keys, guitars, crashing cymbals, and heavily processed vocals.