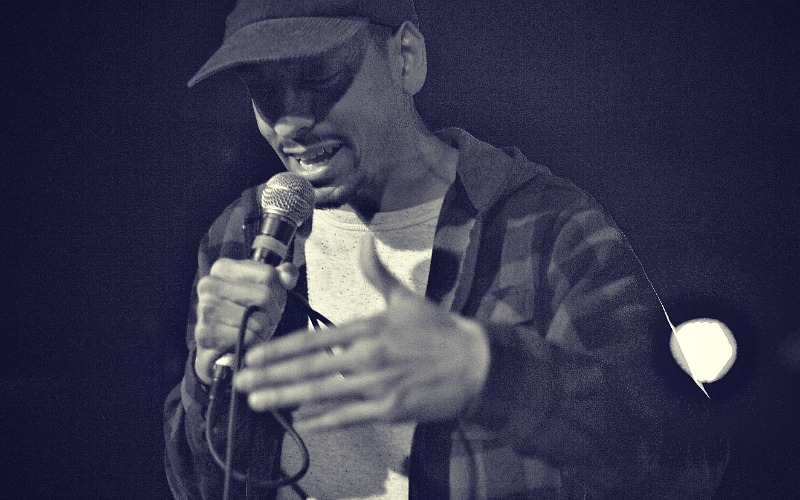 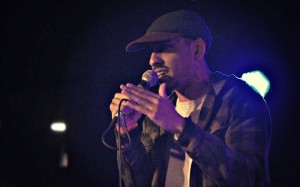 Barrel Maker is a man of many talents. We highlighted his videography work this week with the new Approach music video, and his past video work with Stik Figa is also admirable. But catching him soar in his other craft was a real treat.

He was part of a host of performers that graced the Bottleneck stage for Ebony Tusks’ annual event, which helped raise funds for Van Go. From what we gather, performances from the rapper are rare, but he’s well liked in this town thanks to the close and supportive hip hop community. “Missouri is my state, but every time I go to Kansas I feel right at home!” he declared in one of his songs. 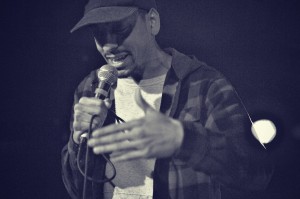 The man has a very energetic and declarative stage presence that demands an impressive amount of confidence. He had everyone’s attention from the start.

Speaking of that supportive hip hop community, Barrel Maker will be part of an epic lineup at the Replay on March 7th. That’s where you can catch him with Milkdrop (who has also been dropping new music this month) and Approach, who will be bringing the Boogaloo Odyssey with him. You can RSVP to that event here.

Watch his performance with D/Will below: