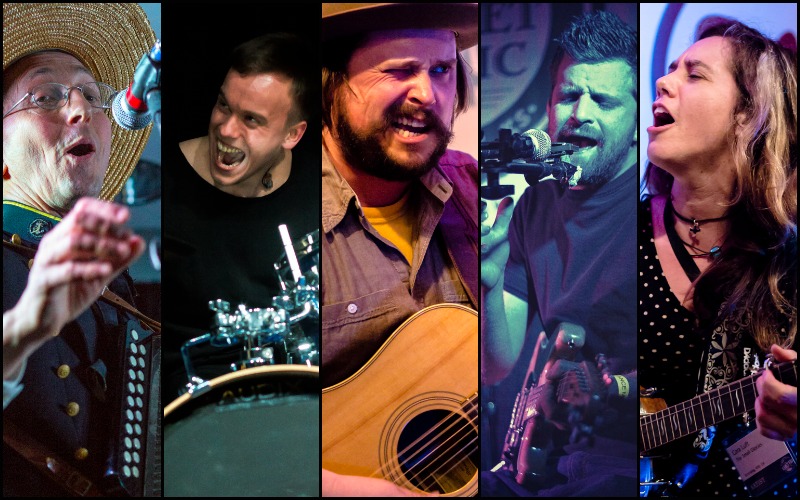 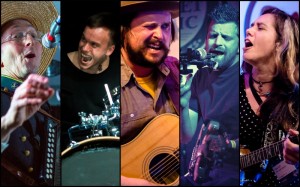 Imagine if SXSW or The Wakarusa Music Festival weren’t hosted by myriad venues spread over whole city blocks or didn’t encompass a large swath of empty farmland, but instead were housed under one giant roof in one of the most beautifully decorated expo centers and hotels in Kansas City. Welcome to the annual Folk Alliance International Music Fair.

With well more than 100 different artists showcasing their talents over four nights, the Folk Alliance International Music Fair is comprised of far more than run of the mill “folk” bands. 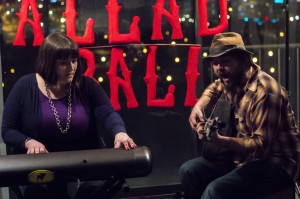 In fact, the musical styles present at the fair run the gamut of what can be considered folk. Of course there’s bluegrass, woodsy, singer/ songwriter tunes, and quite a lot of fiddle, but there are also solo blues acts, a capella groups, and quite a lot of traditional folk tunes. And even with as many local artists performing, the event truly is international with acts from all over the globe (Canada offered a very generous showing of talent).

Amongst the many featured artists playing the larger conference rooms and ballrooms, arguably the most interesting showcases were coming from some of the hotel rooms themselves… Nearly every single room, spread out over three floors, for three nights starting at 10:30 and going up to (and beyond) 3:00 a.m. And unless you knew exactly who you were looking for, with one act for each room playing half-hour sets, there’s a whole lotta performances and not enough hours to catch more than a very small portion. Tack on all of the late night jam sessions and impromptu performances popping up in the hallways and stairwells, it’s almost overwhelming.

Nearly every walkway was packed with patrons and artists alike coming and going in between the rooms. The constant shoulder-to-shoulder traffic could be a bit daunting, but what better way to see a new live act every ten feet and meet interesting people every inch of the way.

• MAW keeping a death count of casualties in their songs.

• Nicholas St. James holding onto Brody Buster’s drum while he beats it into oblivion so it doesn’t go flying off the stage.

• Free drinks (alcoholic and non-alcoholic) and snacks in practically every room. 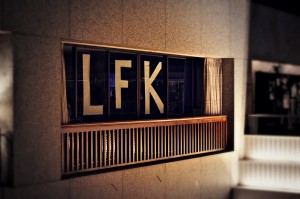 • “LFK” proudly plastered on three large window panes for all the world to see.

At $25 per night, The Folk Alliance International Music Fair is far more affordable than most festivals, and definitely worth the time.