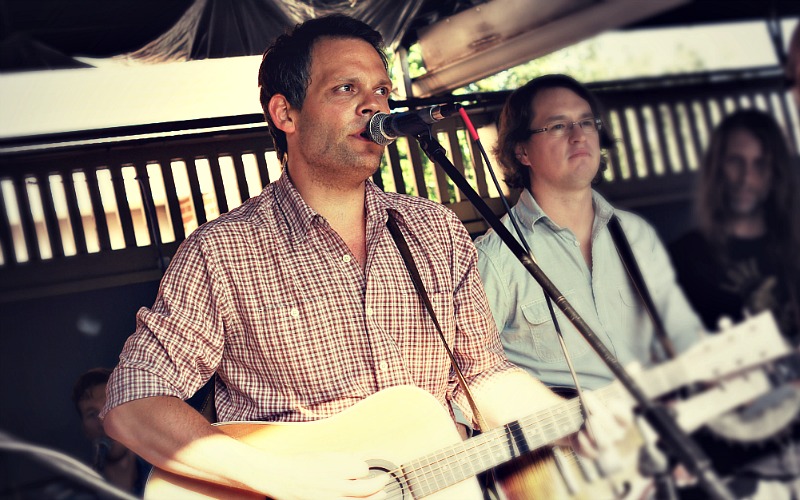 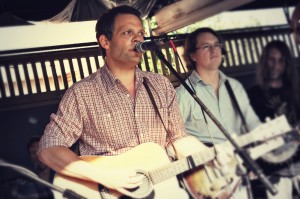 “What a beautiful day for a Replay patio show!” Danny McGaw exclaimed from the venue’s outdoor stage. The local crooning folk musician with his trademark puppy dog eyes fronts Wells the Traveler, and on this particularly beautiful Sunday evening, he was opening for his good friends in Truckstop Honeymoon at the Replay.

McGaw is generally a familiar face at early Replay patio folk shows. The Englishman who eventually planted his roots in Lawrence is active in the local scene and on the road. Because his songs are versatile and translate well over various performances, he sometimes appears with a band and other times just solo.

With just two bands on the lineup, Wells the Traveler was given the freedom to indulge in a longer set. The audience, ever-growing by the minute, was in tune with this show and highly attentive. Children darted in and around the crowd, the smell of tacos wafted up from the grill, and the drinks kept flowing as revelers succeeded in delaying Monday just a little bit longer.

This is a number that the audience is particularly fond of, often participating in clap-alongs.

Because folk musicians love having guests onstage with them, here’s an additional clip of Katie West (of 40 Watt Dreams and Truckstop Honeymoon) joining the band for a number.

You can catch Wells the Traveler this Sunday at Noon at Boulevardia Festival in Kansas City.