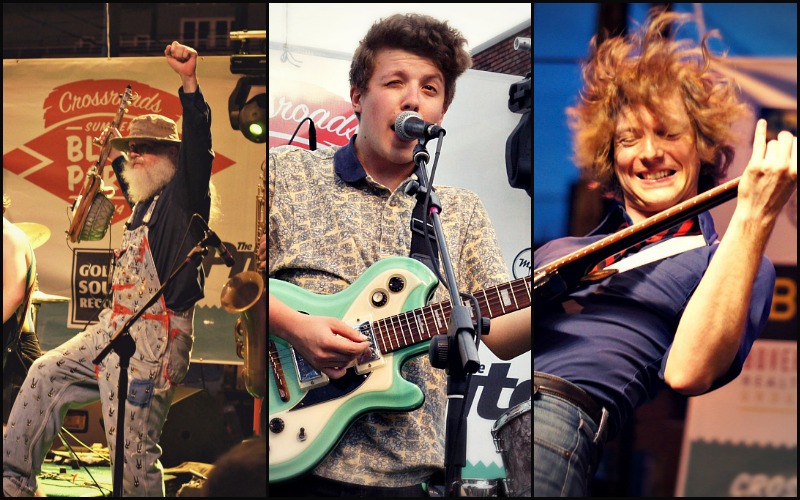 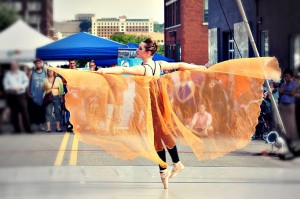 Just as the evening turned mild, Rev Gusto arrived with a cool set. The band is comprised of fresh-faced young men with fresh attitudes to match. They’ve always been a popular act in the Kansas City area, and their sound is always developing. On this night, we enjoyed their harmonizing and laid-back tunes that left us reminiscing fondly of lazy afternoons at the beach.

Mat Shoare is not only well-loved in this town, but the mastermind behind the entire event. Hot off of a tour, he performed with a full band and a saturated sound. Gone is the lone singer-songwriter, and a mature performer now stands in his place. Shoare’s songs, no matter how heartbreaking, leave you with a pep in your step and gleam in your eye. It’s hard not to fall hard for these songs that leave your heart swollen with emotion. 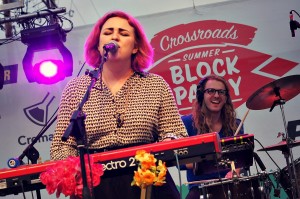 Anymore, La Guerre’s Katlyn Conroy seems more confident than ever, and it shows. This is a woman in her mid-20’s taking control of her music and her life, and you better step out of the way seeing as how she’s going full speed ahead. This self-assured force fearlessly powers through ballads that are gaining everyone’s attention. Over the last few shows we’ve caught from La Guerre, we noticed instant fans rushing up to the stage afterwards seeking more info on their “new favorite.” 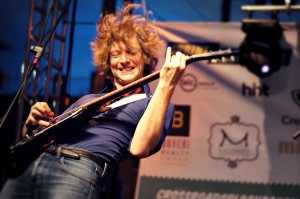 Loose Park is comprised of three saucy redheads that leave the audience torn between acknowledging their attraction to the band’s music and acknowledging their attraction to the musicians’ sensuality. Yes, the band rips through powerful numbers that leave much of the audience dancing. But for every sweet guitar solo, there’s some naughty hip shaking. For every fan that’s bopping to the music, there’s another one undressing the frontman with their eyes. The members of this group have a lengthy history in the area, and their energy (and the frontman’s fondness for backbends) is certainly admirable. 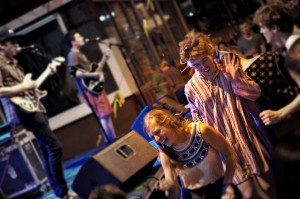 Local Kansas City and Lawrence favorites The ACBs have recently been caught changing their sound and making their fans swoon over loads of new music. By the time they took the stage, the sun had completely set and everybody felt like dancing. Even with slower tempos and smoother synths, fans found a way to get down to one of the most beloved bands in the area. 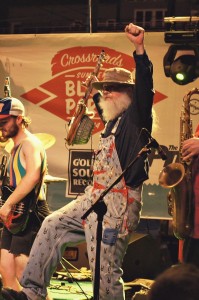 Metatone is the new Of Montreal. We lost count of how many members graced the stage, and everybody sported some sort of hilarious getup. Superhero capes, cross-dressing, and giant eggs were common to this performance. But if you pictured the band all sporting khakis and polos, the reaction would have been the same. This is a band that likes to party, and encourages you to do the same. Their music is diverse, interesting, and unexpected. The cowbell seemed to be the driving factor behind a lot of the boogying that went down.

The night concluded with a heavenly performance from Forrester. it’s not too often that a band from Lawrence can pull such a draw in Kansas City, but Forrester has mastered it (and without vocals). Their epic sound and unconventional guitar work is complemented by the band’s never-ending supply of enthusiasm. Even if instrumentals aren’t for you, it’s hard not to keep your eyes on a band full of zest and a love for life.