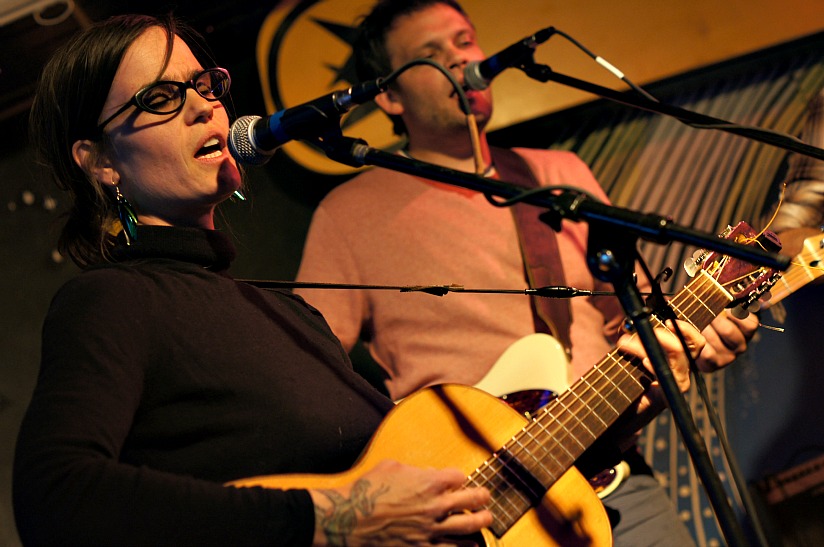 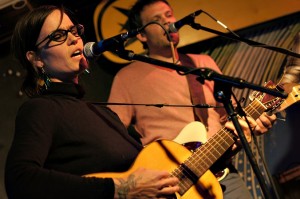 You could say over the last couple of years, Katie West has been bursting with ideas. At some point in her thriving musical career, the exquisite songwriter known as one half of Truckstop Honeymoon started coming up with loads of new material. But she wasn’t sure what to do with them. “I had a bunch of songs that weren’t really Truckstop Honeymoon material, but there was still enough of them that it was becoming a body of work of some sort,” she says. Her husband, Mike, encouraged her to make an album under the name 40 Watt Dreams. They took the CDs into Love Garden record store, and the owner encouraged them to throw a show. “I thought, ‘I gotta put together a band.’ So that’s what really prompted me to put the band together, so we could do a show.”

Soon, Katie and Mike called upon their neighbor Danny McGraw and bassist Paul Schmidt. “We started coming together and had such a nice time, and that was the first show. People liked it and asked us to do more shows.”

From Bad To Better News On The Way

By May, 40 Watt Dreams had gained quite a bit of traction in town. Audiences tended to like the new sound from Katie. The songs were a bit more easy-going than what they were used to hearing from the couple with a knack for theatrics, and the lyrics were even a bit more bitter, foreshadowing “Bad news on the way” and confessing dark feelings such as “When I left my hometown, I should have burned it down.” Katie said it was important to get those feelings out at the time. “It’s definitely kind of an angsty rock outlet for me,” says Katie, who admits she had to do some “wailing and moaning” to get it out. “It doesn’t have this sort of Vaudeville humor stuff that Truckstop Honeymoon has. It has more of a raw energy thing for me.”

Katie knows she had to find this sort of release before being able to move on with her songwriting. “When you’re a songwriter, you go through all sorts of processes,” she concedes. “That album was kind of like birthing pains in some ways, the stuff we’ve been through with losing our home. Just processing that and getting it out has made room for some more joyful material that’s in the band now.”

Throughout the process, the frontwoman remains one busy bee. She’s got new albums planned for both her bands, and even an international tour in the works. But amidst all her projects, she assures us that 40 Watt Dreams won’t be shoved to the back burner. “Momma’s gotta rock,” she declared. “Most of what I do is part of something for other things. This feels like my own little precious gem, and that feels really empowering and healthy. It’s indulgent and wonderful.”

Indulge in 40 Watt Dreams’ fantastic set when they play Frank’s this Friday along with Lisa Donnelly and Wells the Traveler. You can RSVP to the event here.

Album Review: Stiff Middle Fingers - “At The Scene of The Crime”