Album Review: Stiff Middle Fingers – “At The Scene of The Crime”

Album Review: Stiff Middle Fingers – “At The Scene of The Crime” 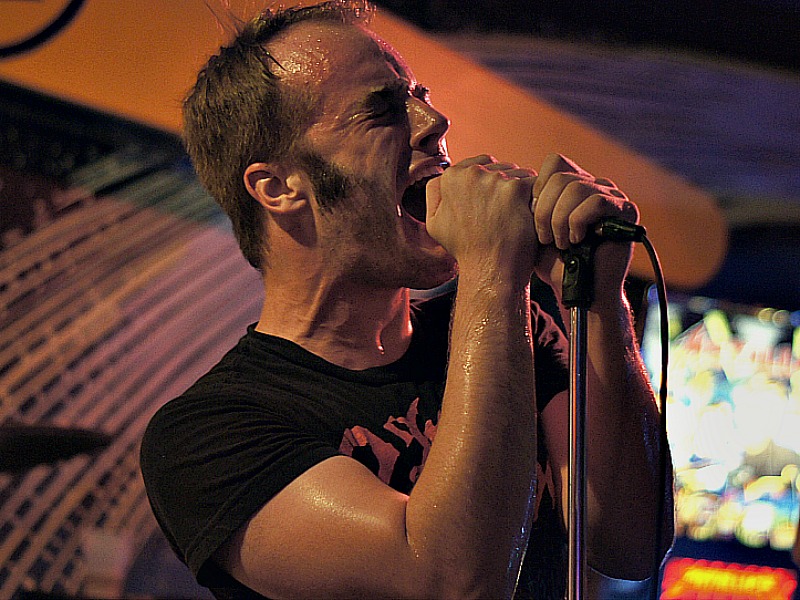 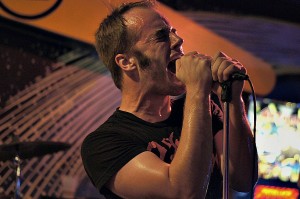 “You can just get up in my face and scream anyway, it doesn’t even matter. Let’s just do this shit.” These are the first words that Travis Arey says on the live album At The Scene of The Crime, immediately before he and his comrades attempt (and succeed) to destroy the Replay. Not only does this record capture the savage energy of Stiff Middle Fingers, but it captures a rowdy crowd and the gritty, beautiful attitude of the Replay Lounge.

Stiff Middle Fingers serve as a great surrogate for what the bar stands for; eclectic, wild, and overflowing with energy. Both the Replay and the band reciprocate each other and it’s appropriate they chose to record here. For those of us that were unfortunate (this writer included) to miss this particular live show, we can count our lucky stars At The Scene of The Crime exists. 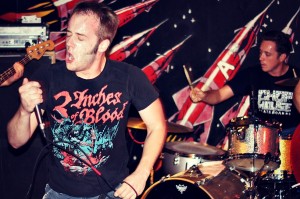 Stiff Middle fingers don’t hold back anything and express their disenchantment with relationships, work, money, hell even nothingness (“Out”). If you have a problem with anything, the band will be your release. The anger in Arey’s voice transforms into a scream that becomes the solution to your angst. JP Redmon bashes us with a barrage of beats, while Aaron Swenson and Cameron Hawk’s guitars run a relay race into a volcano. They shred through tracks and experiment with demented time signatures that change pace whenever they feel like it (“Suspect Device”). Stiff Middle Fingers push the punk genre to new limits with their devil-may-care attitude and philosophy (“World’s Biggest Guillotine”) and even have time to break out incredible harmonies on the grotesquely sexy “Pervert” (which Arey opens by saying “Oh shit! It’s my sitcom theme song!”). Their interactions with the terrific audience are funny, especially when patron yells, “Play some blink-182!” and they respond, “Can you hum a little bit for me?” before laying into another brutal song. 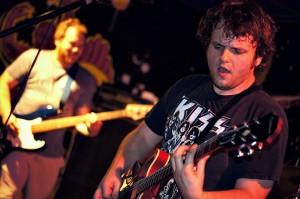 At The Scene of The Crime perfectly captures Stiff Middle Finger’s persona; you can see the sweaty mess of a mosh pit in front of you and thrashing bodies ramming into each other and the low Replay stage. A live album that bursts with fury and leaves you to fend for yourself while the band wrecks everything and everybody.

Editor’s note: Stiff Middle Fingers is holding their tape release show tonight at Love Garden. You can RSVP to the event here.

Here is some video from that show:

Badkey: Radkey breaks all the rules in the school of rock