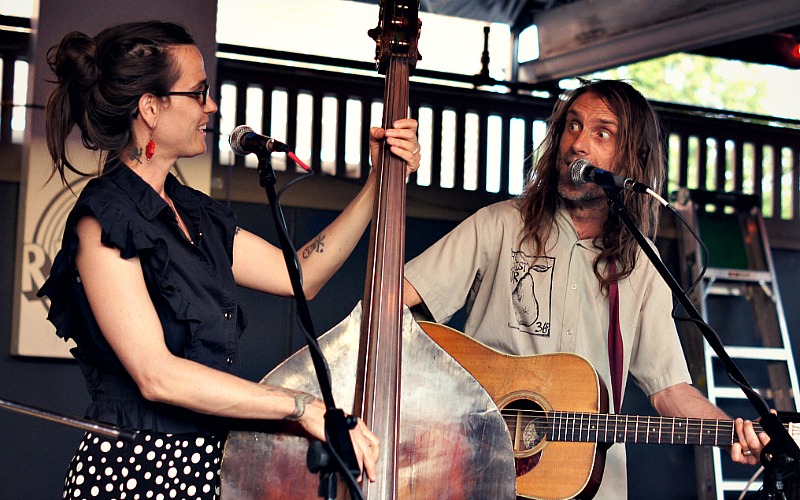 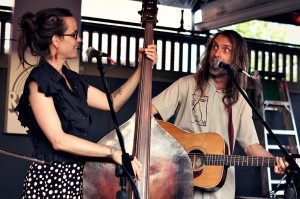 There’s really nothing quite like an early Replay patio folk show. Things can really get magical if the air is warm, the beer is cold, and the audience is dancing.

On Sunday, Truckstop Honeymoon returned to the stage they might as well call a second home when they played a set with Kansas City Bear Fighters. There was barely any room to walk seeing as how folks packed in like sardines, and children were darting all over the place with fistfulls of Replay popcorn. But when Truckstop Honeymoon played, they paid attention.

Mike and Katie West played several songs off their just released The Madness of Happiness. The album is a heartfelt continuation of the married duo’s life story, chronicling what it’s like to tour with a large family in tow (“A Home Is Not A Hotel” and “Couch Surfing With A Family of Six”) as well as how the family works past their trials and tribulations (“List of Chores”).

But the set was full of those feel-good moments Lawrence has come to know, love, and crave from Truckstop. Their wise-cracking is always a hit with the audience, and they tend to have a rotating list of guest musicians performing onstage with them. Here’s a song they’ve been performing for a few years now, this time with Tricia Spencer (a well-admired fiddler in this part of the state).