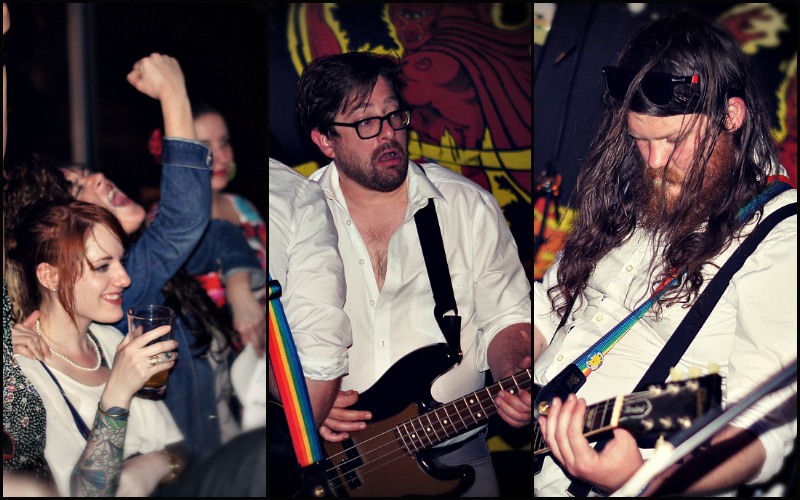 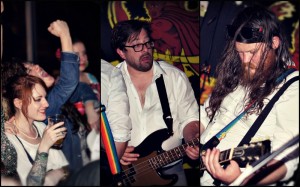 One of the most memorable powerhouses to come out of Lawrence pulled an unforgettable stunt on Saturday night when Mansion reunited for one of the most intoxicated sets we’ve ever seen.

The drummer for Mansion got hitched over the weekend. This meant that some members returned to Lawrence for the event. With everyone in town, the metal/grunge/rock group thought it a good idea to play a brief reunion show. So, with hardly any rehearsals under their belts, the musicians made a beeline from the wedding to the Replay to rock out in all their wedding attire. The bride, in all her glowing and glittery white glory, was there in the front row cheering the band on and rocking out with her wedding party. It was an impressive sight.

With whoops and hollers filling the thick and humid night, fans gathered tightly around the stage. Rock horns were thrust with profound vigor into the air, beers were guzzled with a gregarious ferocity, and some of the audience took a few tumbles both on and off the stage. It got to the point where you couldn’t tell who was excessively rowdy because they were part of the wedding party and had spent much of the day drinking, and who was not part of the wedding party and was there just partaking in the natural order of the Replay. Either way, nobody was left out and all members of the audience united in headbanging. It ended with one of the guitarists announcing “We got married today, so fuck off!”

Here’s a sample of the drunken debauchery: