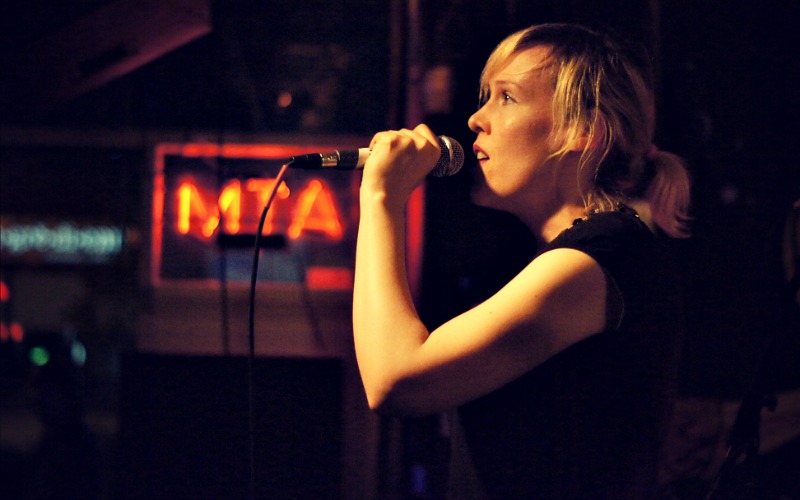 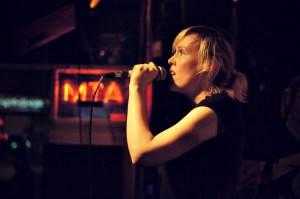 We’ve already told you once before about Schwervon!’s antics. The garage pop duo not only churns out one insanely catchy song after another, but they tend to pull hilarious stunts during their live shows. One popular portion of their set that makes a regular appearance includes an entertainingly awkward tap dancing routine performed over a saucy poetry reading. On Friday night, we discovered yet another layer to their comedy routine.

About two songs into their set at the Replay, the guitarist broke a string. Without even hesitating, the drummer announced she would have to rap. So during the string change, she got up and (with the help of an audience member) entertained the crowd by rapping over a drum beat. No, it’s not some next-level freestyling… but it did keep the momentum going and left the crowd in stitches.