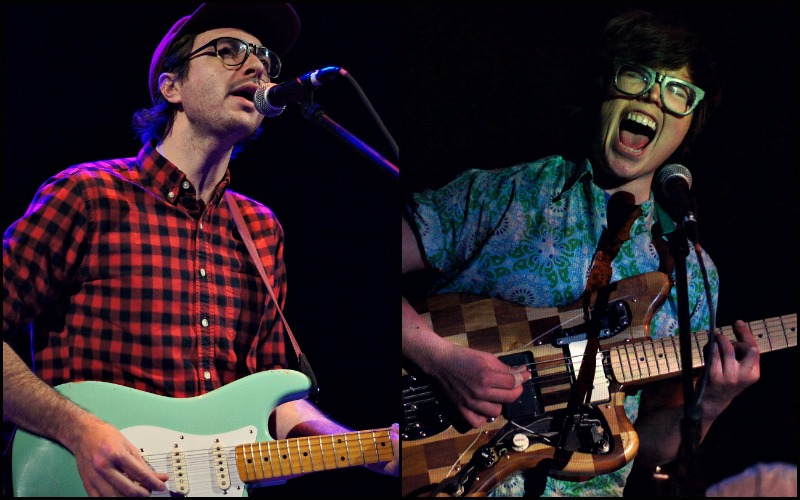 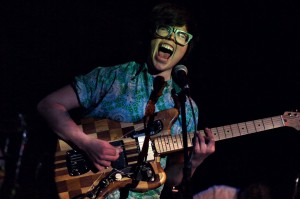 Taryn Blake Miller is having a pretty good week. Not only did she find herself unpacking copies of her new record, just released on Domino, at the record store where she works– but she also celebrated her birthday the best way a local musician can.

As a spectacular birthday present to herself, Your Friend finally hit the Liberty Hall stage on Thursday when she opened for Real Estate. She played an emotionally rich set, heavy on the mood lighting and noise. Seeing as how this was officially an SUA/KU event, her student fan base made up most of the audience. Every couple of songs, a few people would yell out “Happy birthday!” It was hard to ignore, and it left her flashing that wide smile of hers throughout the night. 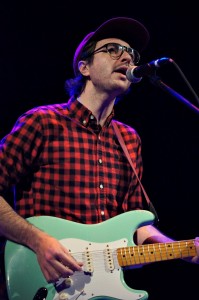 By the time Real Estate took the stage, the venue was good and loopy (remember, this is that young and energetic student-heavy crowd). There wasn’t a single misstep in Real Estate’s set, and they kept their energy up even though they’ve still got a lengthy tour ahead of them.

It’s always fascinating to watch bands like Real Estate maintain their calm demeanor while performing their oh-so-smooth songs when their fans are so outrageous and bursting with excitement. It’s almost as though opposites attract.

Pairing the band with Your Friend wasn’t a bad idea. Listening to one set after the other was easy on the ears and left the audience with a nice consistent sound throughout the show.