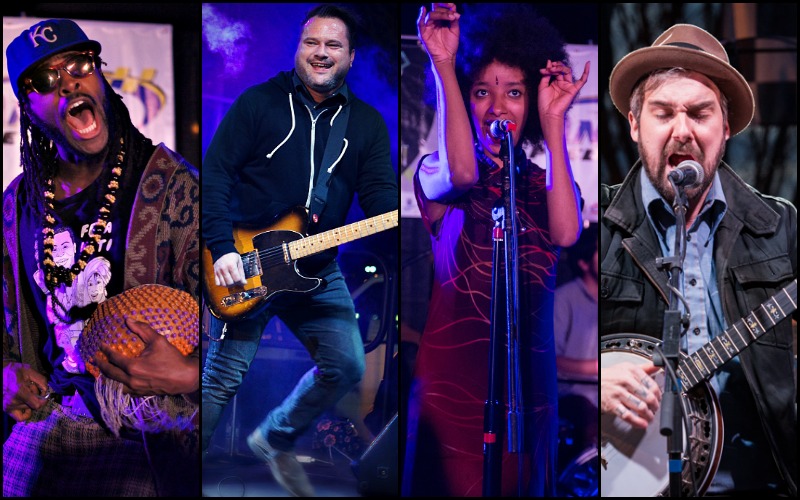 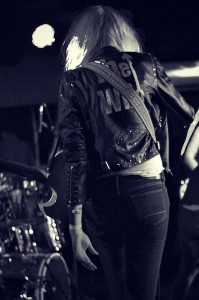 If the first day of Middle of the Map Fest left your ears ringing, Friday’s lineup turned it up to eleven.

The cold weather was no match for the swelling crowd that nearly swallowed the newly built outdoor stage. After a somewhat long absence, Cowboy Indian Bear rewarded patient fans with new music. Kansas City’s favorite bad girls, The Bad Ideas, drowned out every band within a one-block radius. Hearts of Darkness showed everyone how Kansas City likes to party and made Ernie Biggs feel like one big exciting conga line.

Even the Noise FM, a late add to Friday night’s lineup, pulled out some antics when frontman Alex Ward jumped offstage and performed a couple of songs from within the Riot Room crowd. Har Mar Superstar filled Ernie Biggs to capacity, and William Elliott Whitmore canoodled with the crowd. 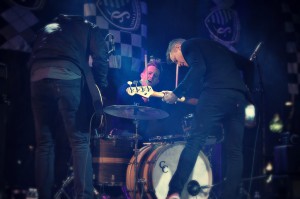 But the belles of the ball on this night were The Get Up Kids. “This song is 20 years old!” they announced to fans who had waited several years to see this performance happen once again. They did not disappoint, and put on a lively and colorful show with a fresh spring in their step while their families and children watched from the side of the stage.

The fans were over the moon, yelling every word of every song so loudly you could hardly hear Matt Pryor’s screams and yells. It was civic pride at its finest.

Saturday will be the final day of the festival, and starts good and early in the afternoon. Check out the photo gallery below to see all the antics from the Friday featuring The Tons-Tons, Har Mar Superstar, and more.