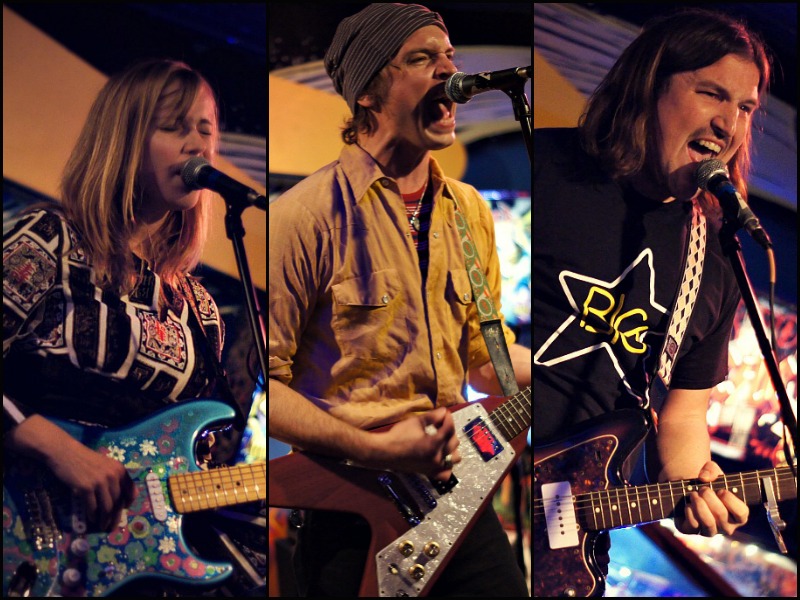 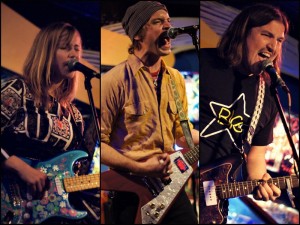 The day after Halloween can be a little groggy for some scenesters, but the energy ran high at the Replay Friday night thanks to the Josh Berwanger Band’s album release show for Strange Stains.

The night began with a performance from a comrade of the band’s. Heidi Gluck has been more active than usual recently, and deservedly gaining some attention. She’s got the comforting voice of a siren that intertwines with her gentle guitar plucking. It’s safe to call her the Earth Angel of local music.

The evening then kicked into high gear thanks to the delightful antics of the Dead Girls. The four ruckus-rousers tend to be the perfect pick me up thanks to their perfect mixture of pop and rock.

When the Josh Berwanger Band took the stage, the set started in the dark. Then, it exploded into light as they crashed into their first chord. The stage remained brightly lit and the sound was louder than most sets at the Replay, leading to a high energy ringing throughout the venue.

The last time we covered the Josh Berwanger Band, we noted how diverse their set was thanks to catchy tunes that toed the line between twangy rock and exciting punk. Tonight was no different. Many of the songs they played celebrating their album release were performed at a faster pace, and audiences took to this by singing and even dancing along. The showmanship was outstanding, and fans were kept on their toes up until the end when the band played an exciting Misfits cover.

Dean Monkey and the Dropouts get funky

Review: Black On Black - “Get On With It”