The Horrible Truth About Berwanger

The Horrible Truth About Berwanger 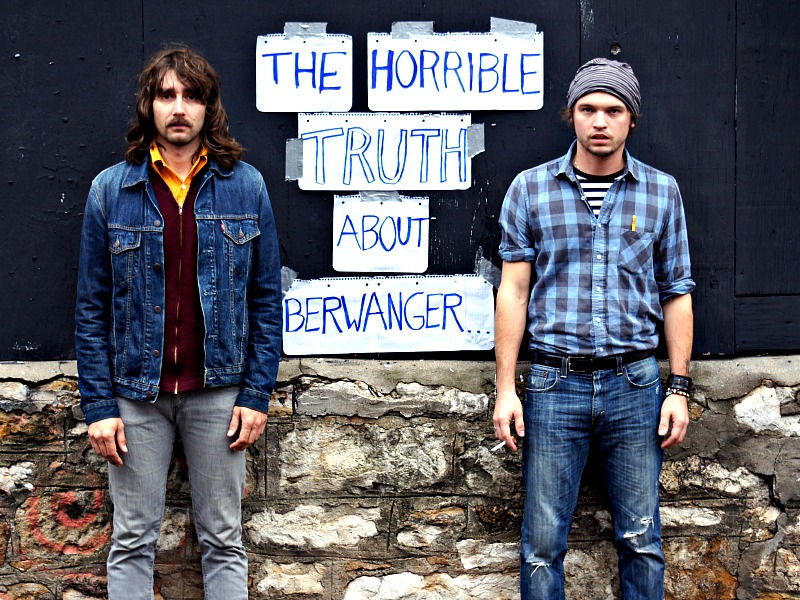 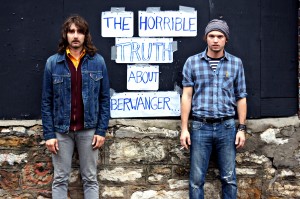 There’s a reason why Josh Berwanger is finding a new resurgence in his music. After a successful stint with The Anniversary, a lengthy break, and a venture with Only Children, he’s rebounding into the Lawrence music scene again with the Josh Berwanger Band. After some successful tours, as well as loads of media attention from the likes of SPIN and Rolling Stone, the band will be celebrating the release of their latest album, Strange Stains, at the Replay this Friday.

This is Berwanger’s time to shine, and he couldn’t have gotten to this point without a very good friend rallying behind him. Drummer Michael Hutcherson, who also played with Berwanger in The Anniversary, is essential to the relationship that brought the band to where they are today. “I think we both respect each other with what we do musically, and in life,” says Berwanger. “He is one of the most legit persons I have ever known. He is an absolute artist.”

The story may have started when the two were young and romping around the Kansas City music scene, but it accelerated in recent years. Berwanger was attempting to take a break from music, spent some time coaching high school basketball, and even toyed around with graphic design school. “I had a lot of time to think. I had a whole lot to distract me, to try and find something I’d be better at or would like more. I didn’t find that,” admits Berwanger. “The only thing I liked doing at the end of the day was expressing myself with a guitar or another instrument, to make music. This is what I do. I make music.”

Hutcherson recalled a recording session Berwanger did in Colorado a few years ago. He turned to his bandmate and said “That was a legit recording session, you spent a lot of time on writing, production quality was good, and then you just sat on it.” Berwanger agreed. “I recorded ten songs, but they were all over the place. Then Michael contacted me, said ‘Send me some songs.’ When he sent them back with drums on them, it sounded five times better.” 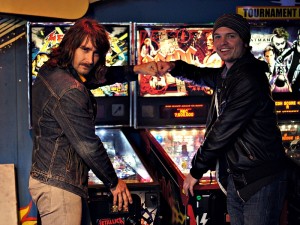 It didn’t take long for the comrades to go forth and start making music they believed in. Hutcherson’s arts school background helped him learn to take criticism and use it to move forward. “I think more than anything, that experience I had in school taught me how to problem solve in a creative way, and also to understand the value of give and take criticism as a constructive form of encouragement,” he says. “I think without that experience, I wouldn’t be sitting here right now, much less making music… the give and take part of any collaboration is where all creative stuff happens.”

The next step for the collaborators was to adapt to the changing landscape and business of making music. “I never thought I would look at music as much like a business as I do now,” says Berwanger. “Every little detail matters, especially with so many bands, so much media. It’s super important that you put every little detail into everything you’re doing.”

“People think that making music is a hobby and should be treated as such. If you aren’t willing to treat it like a full time job, no one else is,” says Hutcherson. “Happy accidents, they don’t happen anymore… Don’t try to fool people into thinking you’re something you’re not.” Berwanger shares the same sentiment. “That’s what it’s about to me, to continue to write songs, make music that I believe in, and music that I think is legit and not false.” At this point, Hutcherson interjects “Music with integrity.” They both repeated this, but in a much softer tone. “Integrity.”

It’s easy to see why going forth with this band was the only logical choice for these two. Hutcherson’s been in bands since he was just 15 years-old, and says “I’ve never stopped, never.” He recalls reading medical reports on the effects of music on the brain, specifically when musicians perform. “Your brain starts releasing dopamine in extreme quantities. There’s a high that one gets as a performer of music. For me personally, I get it nowhere else in life. This is my drug,” he says. “That’s sort of the essential part of my identity at this point.”

You can watch Josh and Michael do what’s essential when the Josh Berwanger Band plays the Replay this Friday night, along with Dead Girls. You can RSVP to the event on Facebook here.

Editor’s note: For this story we decided to have a bit of fun and recreate Mission of Burma’s famous album cover. You can see the original here. It’s been rumored that the original photo was photographed behind the Bottleneck in Lawrence, Kansas. This has not been verified.