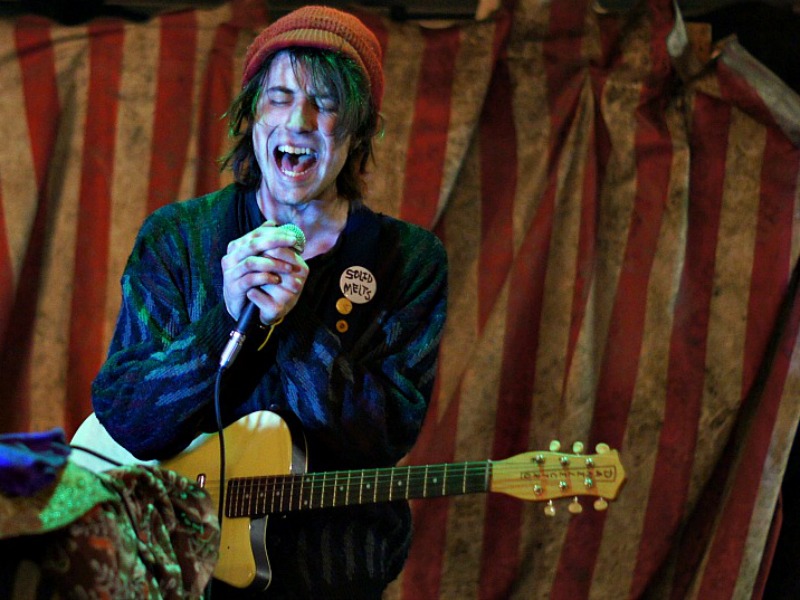 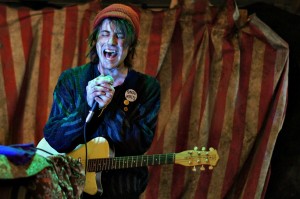 SeedCo just wrapped up an incredibly busy week hosting several in-studio performances. They moved the stage to the lower level, and audiences are now surrounded by artists and their work while being treated to local and touring acts. We stopped by for a few performances throughout the week, but none were more memorable and captivating than CS Luxem’s.

On Thursday night, Luxem stopped by the studios in the midst of his tour with Julie Byrne for the intimate performance. The prodigal folk artist has, in recent years, focused more of his work on layering vocals and looping various sounds. As his recorded material proves, Luxem’s always been one to collaborate, but anymore the best collaborations come from the various corners of his mind.

Luxem’s symphonic aptitude comes pouring out in brilliant and imaginative displays. Over the last year, we’ve noticed his voice getting stronger. Now, when he belts out and holds longer notes, it turns heads. The lyrics are little peeks and insight into the creative virtuoso, but they take a back seat to the innovative manners he calls upon to create his unique sound. Even when he’s just using a guitar (like in the clip below), he creates a clever and crafty approach to songwriting.

Watching CS Luxem is like watching a majestic unicorn. You can hardly believe that kind of magic has manifested in front of your very eyes, and you certainly can’t turn away. Before, we used to consider CS Luxem an “experimental” act. But now, the experiment is over, and this is the work of a musical genius.

Previous Article Brownbackistan explodes onto the scene with politically-charged performance