Brownbackistan explodes onto the scene with politically-charged performance 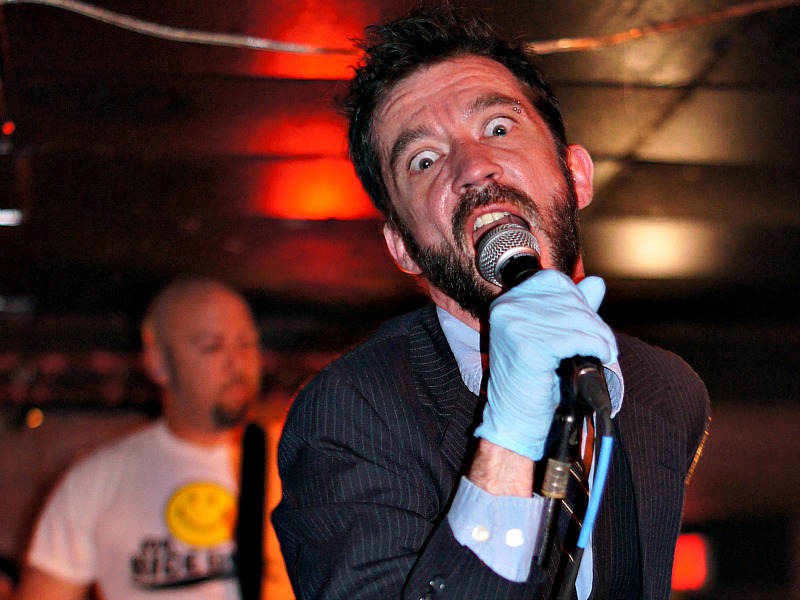 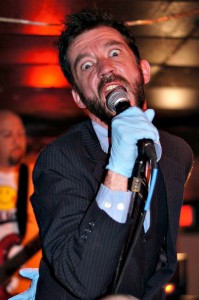 “Good evening, we’re Brownbackistan. Who the fuck are you?”

There’s a new Dead Kennedys cover band in town, and on Saturday night they absolutely rocked the Jackpot. Charles McVey, of Ponyboy fame, is the frontman behind this politically-enraged product. On this night, he appeared onstage in a three-piece suit and latex gloves. This artist is a true chameleon. Offstage, he is a fun and pleasant person. Onstage, a string of expletives and rage explode from the wild-eyed performer. 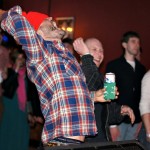 “This one’s for you, Sam Brownback… you FUCK!” he exclaimed before the band dived into “Kill The Poor.” This, among other onstage antics (including costume changes and the occasional strip-down), won some major points with the crowd. The enthusiastic audience raged, thrashed, and even started a circle pit at some point. The dimly-lit, glowing red venue gave little way for formalities with this performance, so McVey often found himself thrusting his way into the audience, straddling an amp and humping the mic stand (how’s THAT for an introduction?). 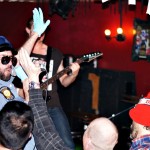 If you’re familiar with McVey’s work, you’ll know that he’s a performance artist through and through. He throws himself into his art 110%, and in return his fan base continues to grow with each and every set. This was Brownbackistan’s first show in Lawrence, and judging by the fevered, fist-pumping, rabid crowd’s reaction, our guess is it won’t be their last.

(Watch the video below for a heavy dose of Brownbackistan, and keep an eye out for when the crowd go nuts just before the minute mark)