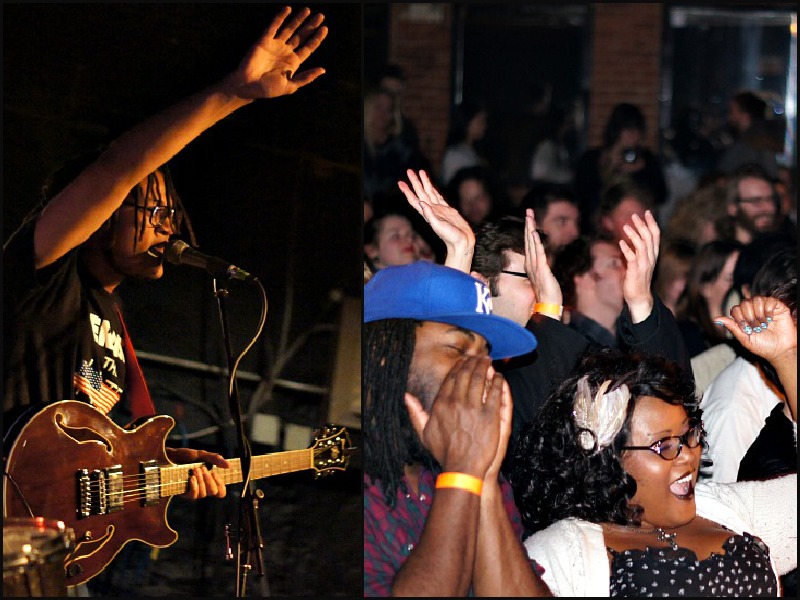 This weekend saw the return of one musician’s annual birthday concert extravaganza. Cowboy Indian Bear’s Marty Hillard hosted a four-lineup show at the Bottleneck that also served as a fundraiser for local agency Family Promise.

The night began with a stunning performance from a young (and fairly new) band. Paper Buffalo impressed with their energy and drew a large crowd. Soft Reeds continued the momentum with their beat-driven and very danceable tunes. Ladies in the front row were particularly fond of cutting a rug for this band, which has a new album due out the same day as Cowboy Indian Bear’s (April 23).

Cloud Dog, hunched over all of their drums, escalated the dance party with a hallucinatory light show. By the time Cowboy Indian Bear took the stage, the venue was absolutely packed and cheering on every song/announcement/banter.