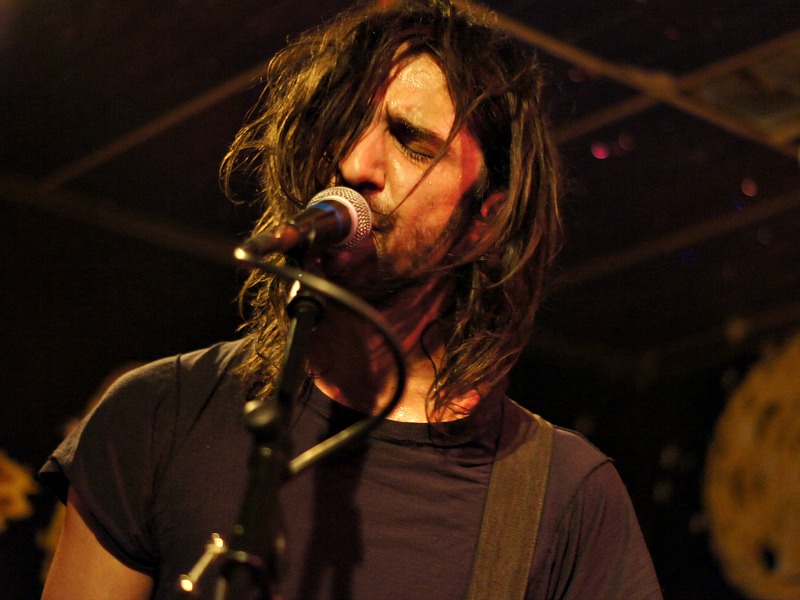 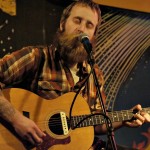 The night began with a mellow tone when folk act Jack Grelle took the stage. The St. Louis-based musician was added late to the bill, but the out-of-towner bravely showcased his talent anyway. He could almost pass for Lawrence’s beloved folk king Tyler Gregory, with dramatic lyrics over a solo guitar and a majestic blonde beard to match. 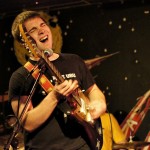 Also playing their first show in Lawrence was Overland Park’s Yukratz. The trio at first came off as a poppy/punk type of band, but towards the end of their set they had some real beat-driven songs that caught everyone’s attention and had heads bobbing up and down in agreement. 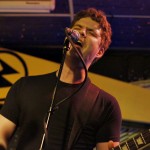 The energy on the sleepy and unseasonably warm winter night really picked up when U.S. Americans took the stage in all their screamy glory. This was their first show in nearly a year, and they broke into a fit of punk infused passion that had at least two members of the band breaking strings. 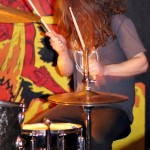 Both guitarists took a turn at the mic (we’ve included songs from each vocalist below), but none was more entertaining than the drummer. He was a wild mess of hair with sticks that moved so fast, his hands were simply a blur. At one point they blurted out “Thanks for coming out to the pirate house tonight!” Not everyone got the joke, but veterans of the scene chuckled and remembered the legendary punk venue fondly. 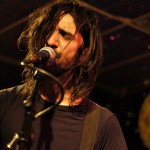 Nature Boys are based out of Kansas City, but the garage rockers are well-liked in Lawrence. The venue had remained fairly calm until the rockers came on, and the crowd headbanged and thrust all sorts of limbs into the air while the guitarists wailed in unison. 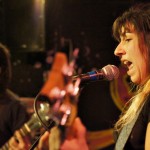 Much like their predecessors, it had been some time since Nature Boys had rocked Lawrence, and an overly anxious audience welcomed them with open arms and swanky dance moves.