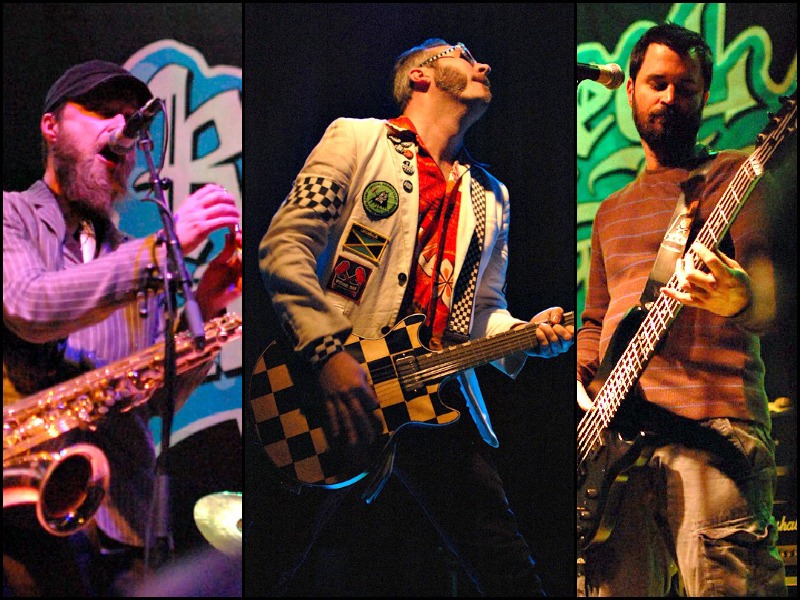 There was a ska band on Mass Street Monday night and it was neat.

MU330’s Dan Potthast opened the show with an energetic and often hilarious set with connections to Lawrence (MU330 often played Lawrence venues in their formative years). Pilfers out of NYC were plugged in for their classic ska set that had the crowd jumping and singing along.

But the clear highlight of the night was ska veterans Reel Big Fish who, despite complaining about how old they were, put on an animated and ridiculously fun set. In another local connection moment, they brought on Alicia Solombrino of KC’s The Beautiful Bodies to sing the female lead to one of their most beloved songs, “She Has A Girlfriend Now”.