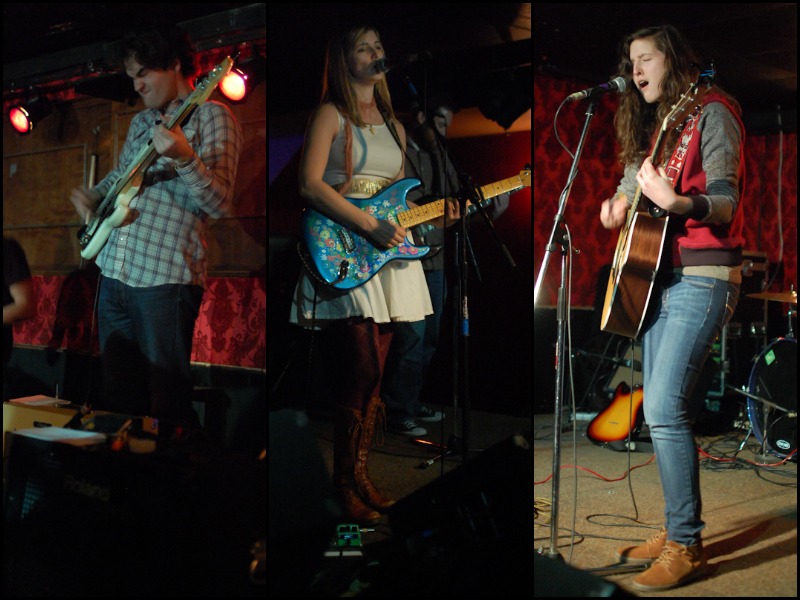 On the last weekend before the students come back in town and take things to the next level, Heidi and The Kicking Heels played a nice little set along with nearby KC locals Hidden Pictures and Electro Foam out of Oklahoma.

Electro Foam played first with a pared down set due to the absence of one of their guitarists. Mikey Hevr seemed to have no problem carrying the torch on her own and rather than the pop-punk sound the full band might convey, she gave their songs an emotional twist that was lovely.

Kansas City group Hidden Pictures were up next with a new lineup that played together for the very first time that night. You would never know they were new to performing together as their tight set, chock full of new songs, was seamless and super fun.

An alt-country style group, The Heels are split between Lawrence and Bloomington, Indiana, with Heidi Gluck as the anchor and go between. Last to play, but certainly not least, they brought twang to the Jackpot. Gluck’s voice is reminiscent of the classic days of Grand Ole Opry style country (the steel slide guitar didn’t hurt either), but the music she writes is modern and fresh. Her songs seem written with full confidence that she’s in charge here and you’re gonna enjoy it. For this Texas girl it brought on some sweet nostalgia in the best way.