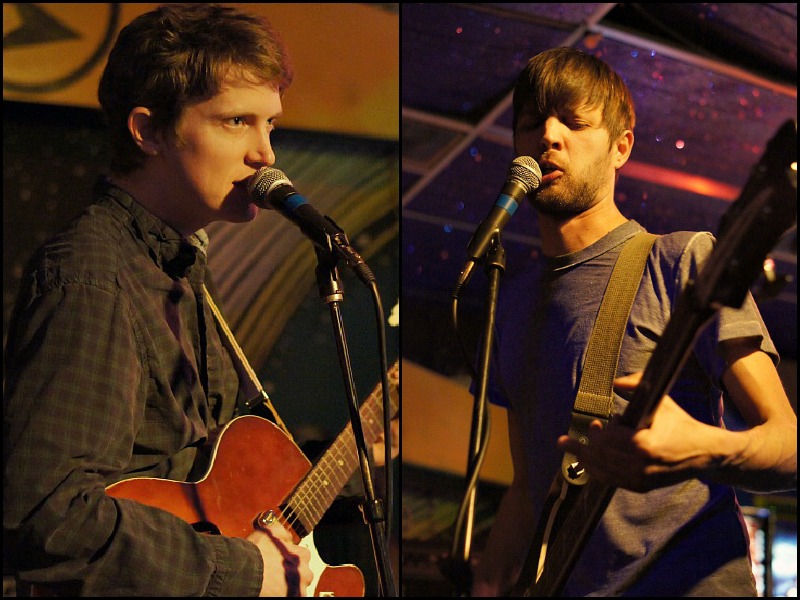 Halfway through their set, Monsoon Lazer’s Sam Gunnerson held his arms out wide, leaned into the mic and exclaimed “You really know it’s the end of the world when WE’RE headlining the show!”

The ruthless rockers had joined forces with the indie-alt-folk boys in The Hips to host a nice little end-of-the-world set on Friday at the Replay. It was a nice way to wrap up the week for the townies as the rest of Lawrence headed home for the holidays.

The night also served as a Replay Records Box Set release show. The hometown venue’s label presented loads of 7″ records, as well as other goodies, inside a “Replay Records” pizza box for those wanting to get more familiar with what local garage rock had to offer.

Monsoon Lazer has been recently spending time recording loads of new songs. When you combine that with the slew of new music coming out of Replay Records, we can hardly see an end of the world in sight.