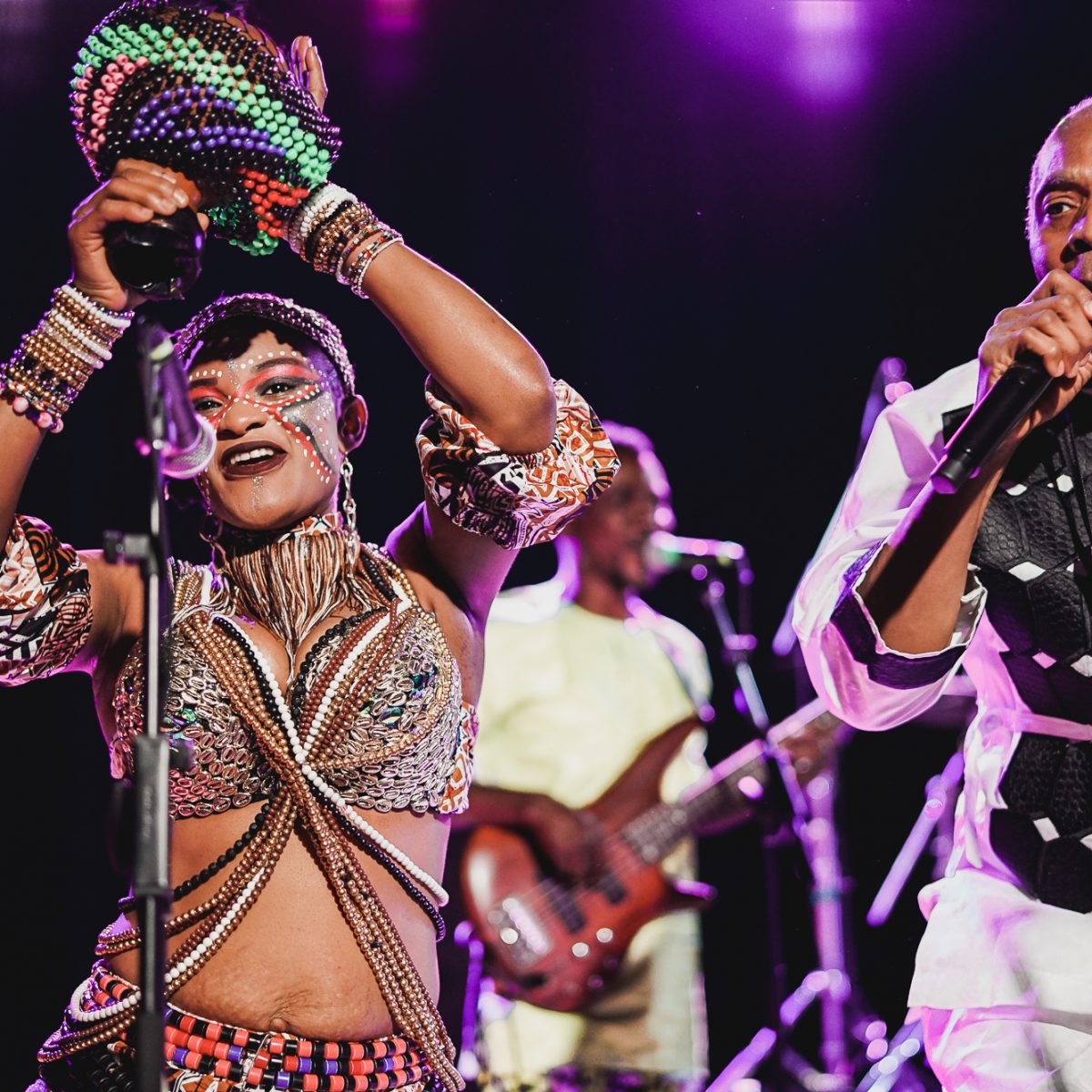 Right now Lawrence is having a bit of an African renaissance. So far this year, we’ve had musicians from Congo (The Salvation Choir at the Replay), Ghana (Ata Kak at The Bottleneck), and Niger (Mdou Moctar at Liberty Hall)– and now, to top it all off, we had some Afrobeat royalty from Nigeria.

Femi Kuti, son of Afrobeat pioneer Fela Kuti, brought one of the liveliest shows of the year to The Granada on Thursday night. Accompanied by several percussionists, a horn section, and a spirited trio of dancers, he took fans on a wild ride. He was also joined by son Made, who held a note so long on his saxophone, it had to have stretched to at least a minute.

This is the sort of show you could have walked into knowing nothing about the artist or genre, and left a dedicated fan. It was a happiness explosion of color and fun. The dancers carried the weight of that vibe, bursting onto the stage in getups full of color and texture, and they didn’t stop moving until the music stopped. The momentum was so high in there, there was not for the weak at heart. No wonder they were called “The Positive Force.”

They were joined by an equally powerful and influential ensemble (horns included!), Arquesta Del SolSol (we named them one of our top shows of 2021 thanks to their big “Fuck Ice” energy). You can see photos from the night below.