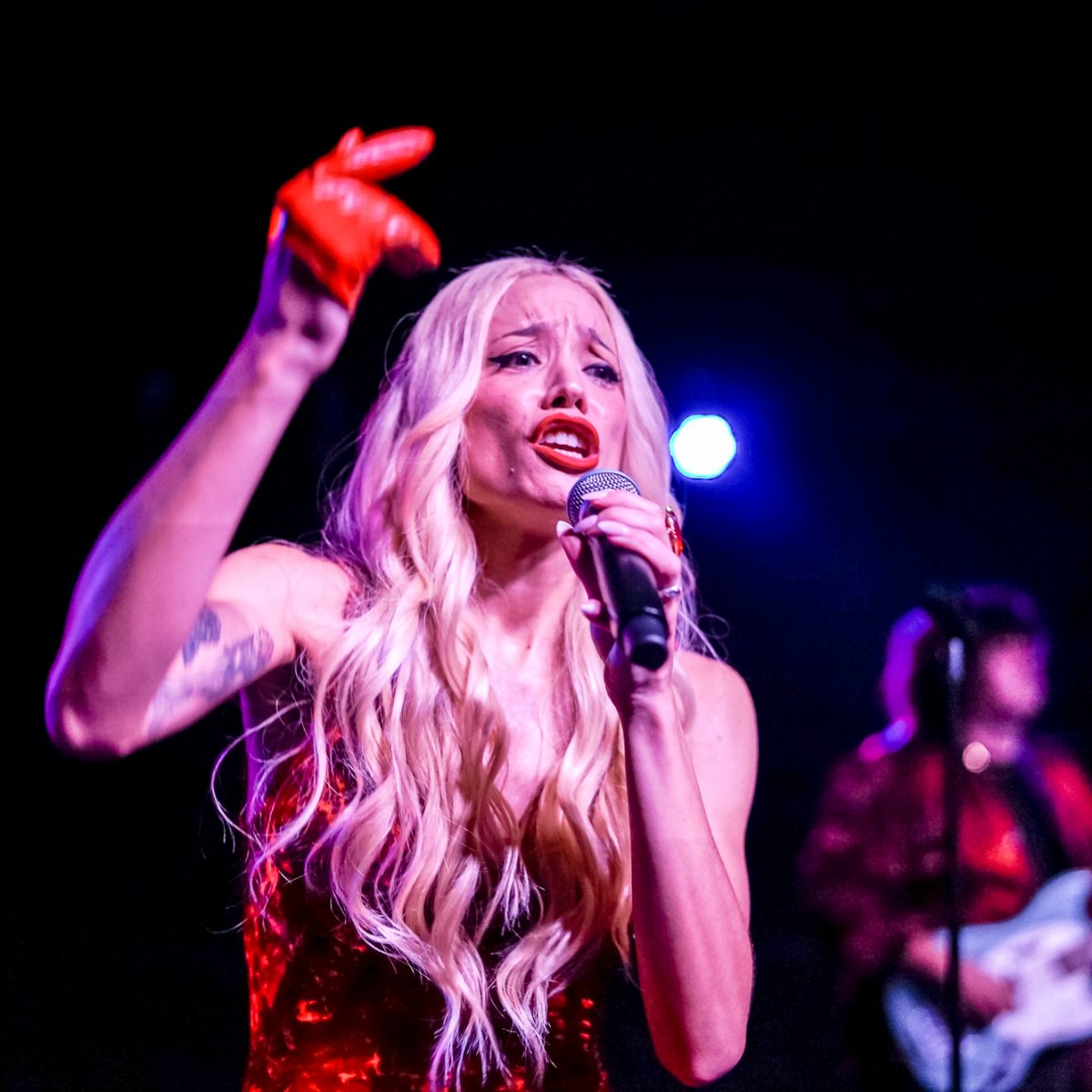 Our friend described it best: when you’re roller skating and cutting through the warm Summer air, Cannons is the band in your headphones.

The L.A.-based indie-poppers have to be everyone’s summer soundtrack right now. How else could you explain fans packing into the Bottleneck to sweat it out at a sold-out show. They’re mad popular thanks in part to their sultry summer sound and the charisma of vocalist Michelle Joy.

If this were any other band, they could have easily been swallowed by the stage. A simple guitar/bass/drum setup meant lots of space, but they had no problem filling it. Joy knows how to work a crowd, and work the mic. Clad from head-to-toe in red velour (the same shade of red as Marilyn Monroe’s lipstick) and looking like she walked straight out of the “Euphoria” costume closet, she danced and weaved all over the stage, and often times lead the at-capacity audience in sing-a-longs and dancing.

Some of their more popular hits came from the recently released Fever Dream, though they did treat fans to a Harry Styles cover (“Golden”) before ending with possibly their most popular song, “Fire For You.” We’re a little partial to “Purple Sun” thanks to its perfect summer groove and enthusiastic audience participation.

Just… add them to your Summer mixtape, ok? Trust us.

Lawrence PRIDE 2022 kicks off with ballroom, hip-hop, and black excellence