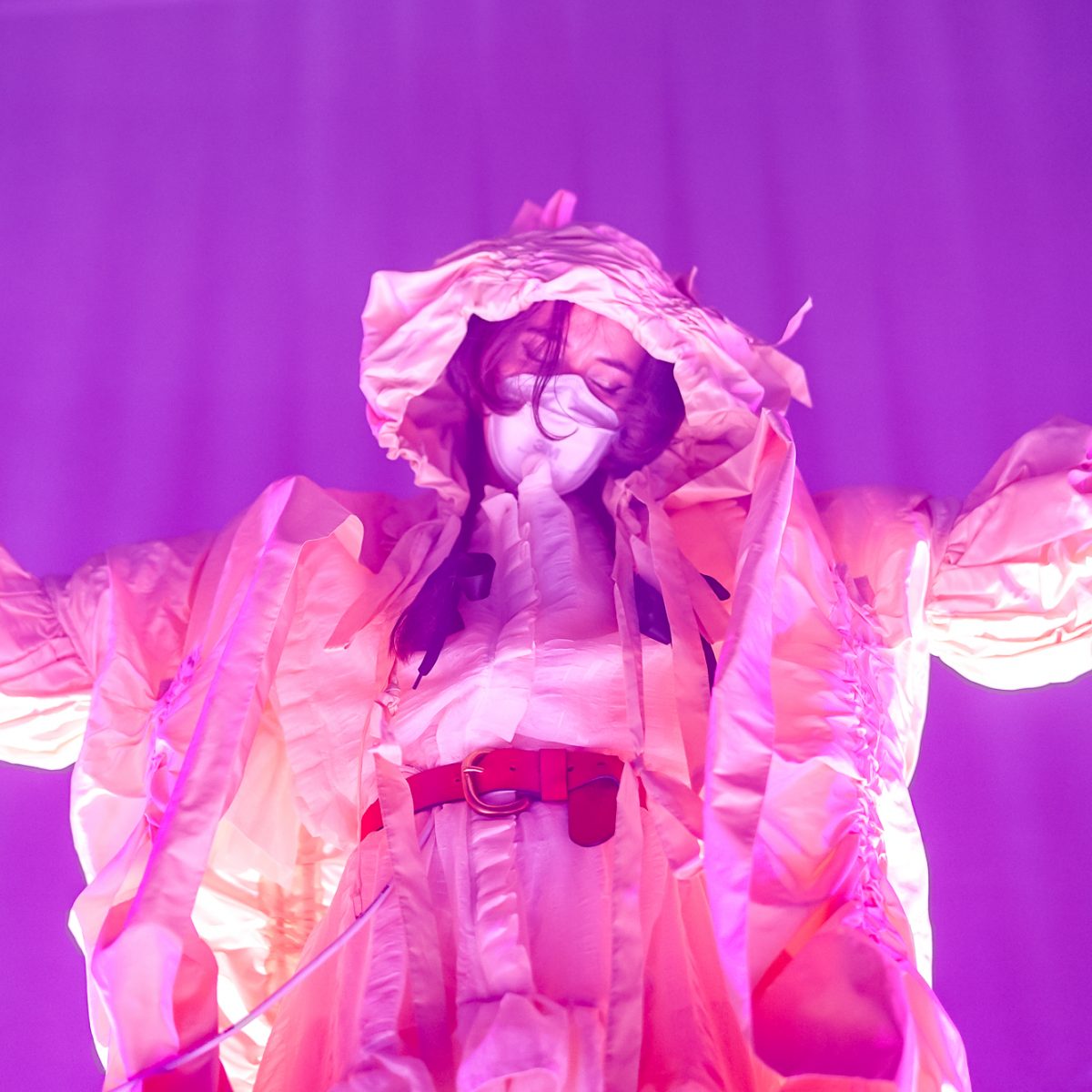 It was a show that has been rescheduled time and again since 2019, but finally landed at the Granada on Monday night with the upmost precautions. The electronic duo made their first appearance to the crowd via mic only, asking everyone (rather politely, we might add) to mask up ahead of the show. The band was distributing special masks stamped with the band’s logo, as a bit of a souvenir. The cautiousness was warranted, as many bands on tour are rescheduling dates (and losing money) due to the ever-lingering COVID cases plaguing the country.

Hot off their latest release, graves, the two performed fairly separated from one another. Vocalist Megan James remained perched high on a box, occasionally drifting from stage right to stage left, shrouded in a haze and a very catching and stylish jacket that enveloped her whole body. Corin Roddick had an even higher perch behind a screen, like the Wizard of Oz behind a mesh curtain, running the instrumental part of the show.

The band’s long overdue appearance isn’t unique to Lawrence, as this is their first tour since 2017. James’ high-pitched vocals and elegant onstage demeanor made it worth the wait for fans, many who braved dangerously hot temperatures in a heat wave in order to nab the best spot.