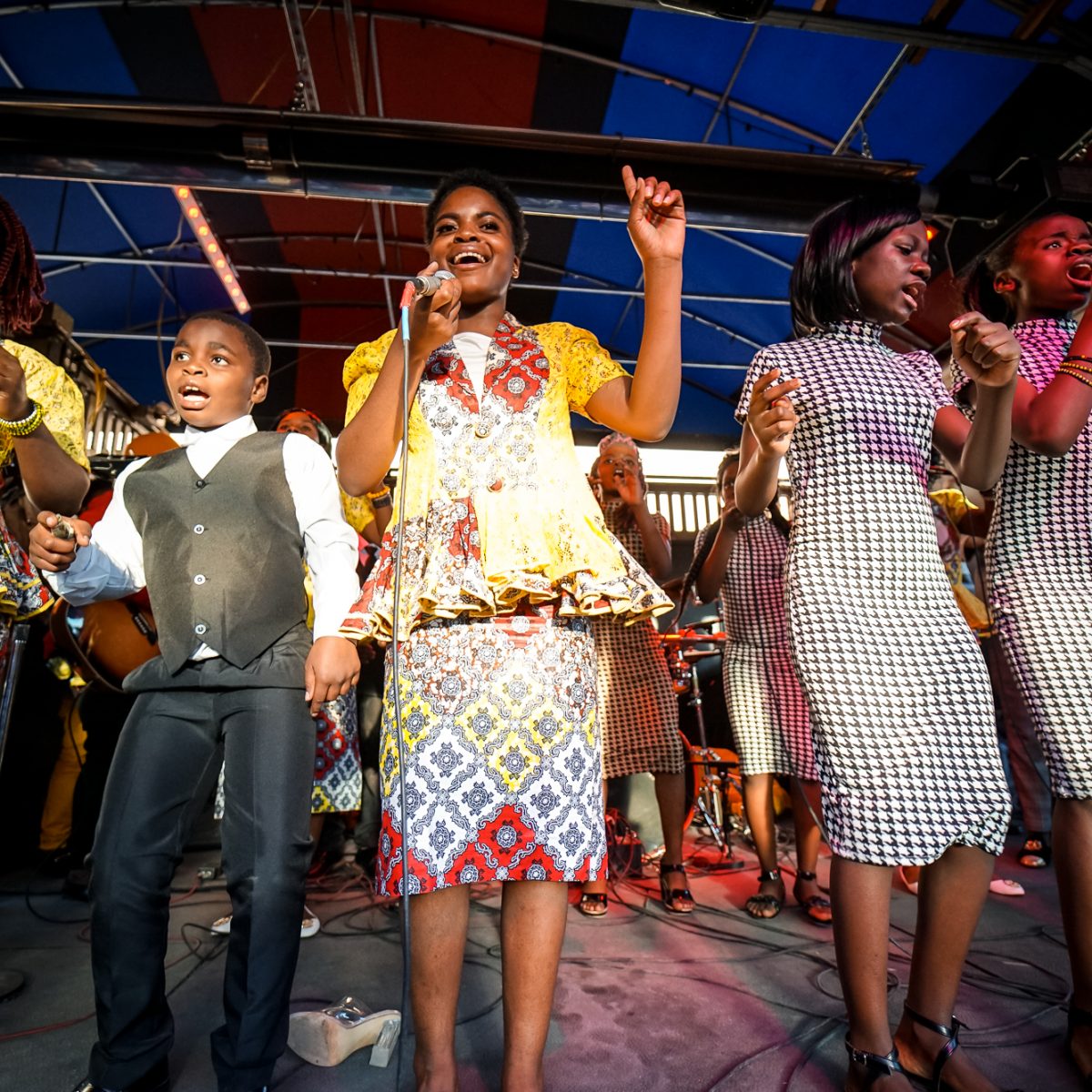 If you have a dream, Lawrence is the place where you can make it happen. How else would you explain the magic that erupted when The Salvation Choir took on the daunting task of playing a show right after KU made it to the Final Four. Don’t worry, if there’s any band that can raise their voices above the madness of basketball, it’s The Salvation Choir.

There are so many members in The Salvation Choir, it will forever baffle us how they fit all of them on that tiny stage on the Replay patio. We were told that the audio engineer used every single cable the Replay had to pull this off. The band, comprised of a very talented and very large family, consisted of aunties, sisters, uncles, cousins, and children. The Congolese and Tanzanian band is based in Kansas City and performs in Swahili. Right before they fired up their set, one of the lead vocalists addressed the massive crowd packed into the Replay and yelled in her thick accent “Raise your hand if you are happy!” Then, she pointed to random members of the audience, and (Oprah style) would yell “Are you happy! Are YOU happy?!” A half second later, the band fired up their set.

We guarantee you could hear this band from every corner of Mass Street. They raised their voices so high, and brought us along with them. The Salvation Choir exudes joy, they are the absolute biggest source of joy. The bar was full of sports fans, old punks, young punks, and a few country fans, but at that moment, everyone felt like family, everyone was dancing. The audience was so fixated on the stage– you almost forgot there had been a game on if not for all the KU shirts dully contrasting against the excitement of The Salvation Choir’s bright attire.

It’s hard to compete with a basketball win, especially one that sends the team to the Final Four and fans flooding into the streets. But The Salvation Choir achieved such a feat, accomplishing what most bands strive for. They proved that you can do anything in Lawrence, and it’s satisfying to see it happen to musicians who put their entire hearts into it.