It’s time to obsess over Stephonne

It’s time to obsess over Stephonne 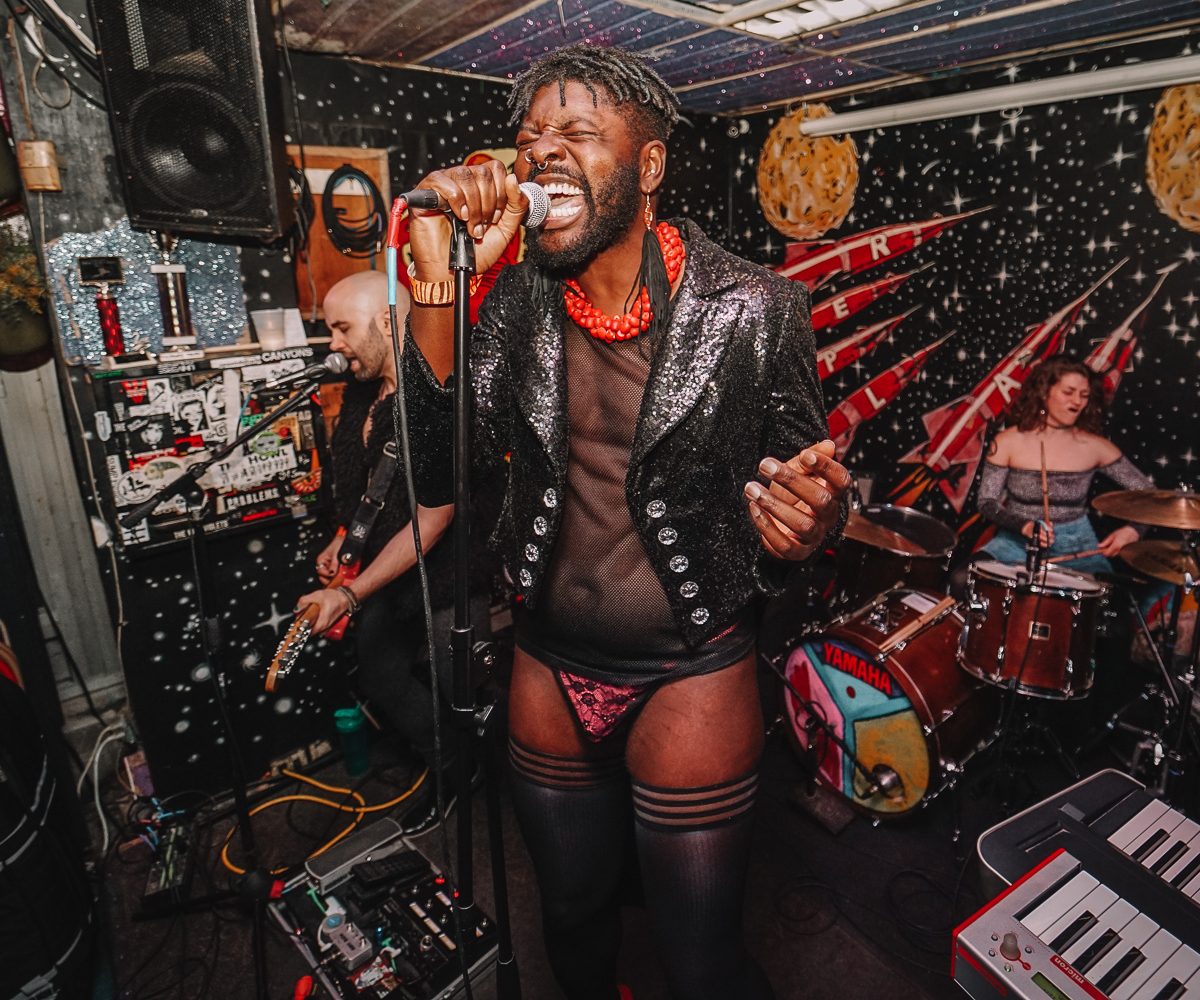 If you sauntered into the Replay Friday night, you were lucky enough to experience the absolute force that is Stephonne. The statuesque and sultry performer captivated the masses with grooves so sizzling, you forgot all about the surprise snow that fell earlier in the day.

“I write songs about boys. Not about men. I write songs about trash boys,” Stephonne declared at the beginning of the set. “Basically I’m the black, gay Taylor Swift!” Here’s what it’s like to watch a Stephonne set. Everything about this performer is reminiscent of our Lord and savior Prince. The moves, the voice, the music! Except, they’re tall as hell. Legs for days. Stephonne’s head nearly touched the ceiling at the Replay. Everyone was eye-level with the hot pink speedo and mesh-clad skin. Stephonne’s songs are solid, instantly likable, and conjure up grooving tushies in everyone. They didn’t need to bring this kind of fire to their look, they just did as an extra gift for you.

But it’s not just the fiery stage presence, the moves, and the spot-on singles. It’s Stephonne’s transparency in emotion and unapologetic black queerness. They will tell you exactly why every song was written, what they were doing when they wrote it, and how they felt after. There is no subject Stephonne can’t tackle. Friends, Stephonne even busted out a Christmas song they wrote last night. Now, if there’s ever a place to watch a 6-foot-5 black man in a thong and heels perform a sexy Christmas song, it’s the Replay. There were plenty of new singles debuted, but their fan-favorite “Sweet Tooth” is a must-watch (below).

Lawrence, it’s time to collectively obsess over Stephonne or else they’ll never come back AND WE DON’T KNOW IF WE CAN LIVE WITHOUT STEPHONNE IN OUR LIVES. It’s like watching Mango from SNL (90’s reference for all you Gen Z kids out there), it’s hard not to fall hard for this enigmatic artist. The Replay has a bell that they hit whenever a performer does something they like. It makes a rare appearance, but they absolutely walloped that thing last night.

Side note: Miki P and the Swallowtails opened the show, and then Miki took their place for Stephonne’s set as their drummer and absolutely KILLED IT. We couldn’t turn away, this was most entertaining drummer we’ve seen since CHEW.