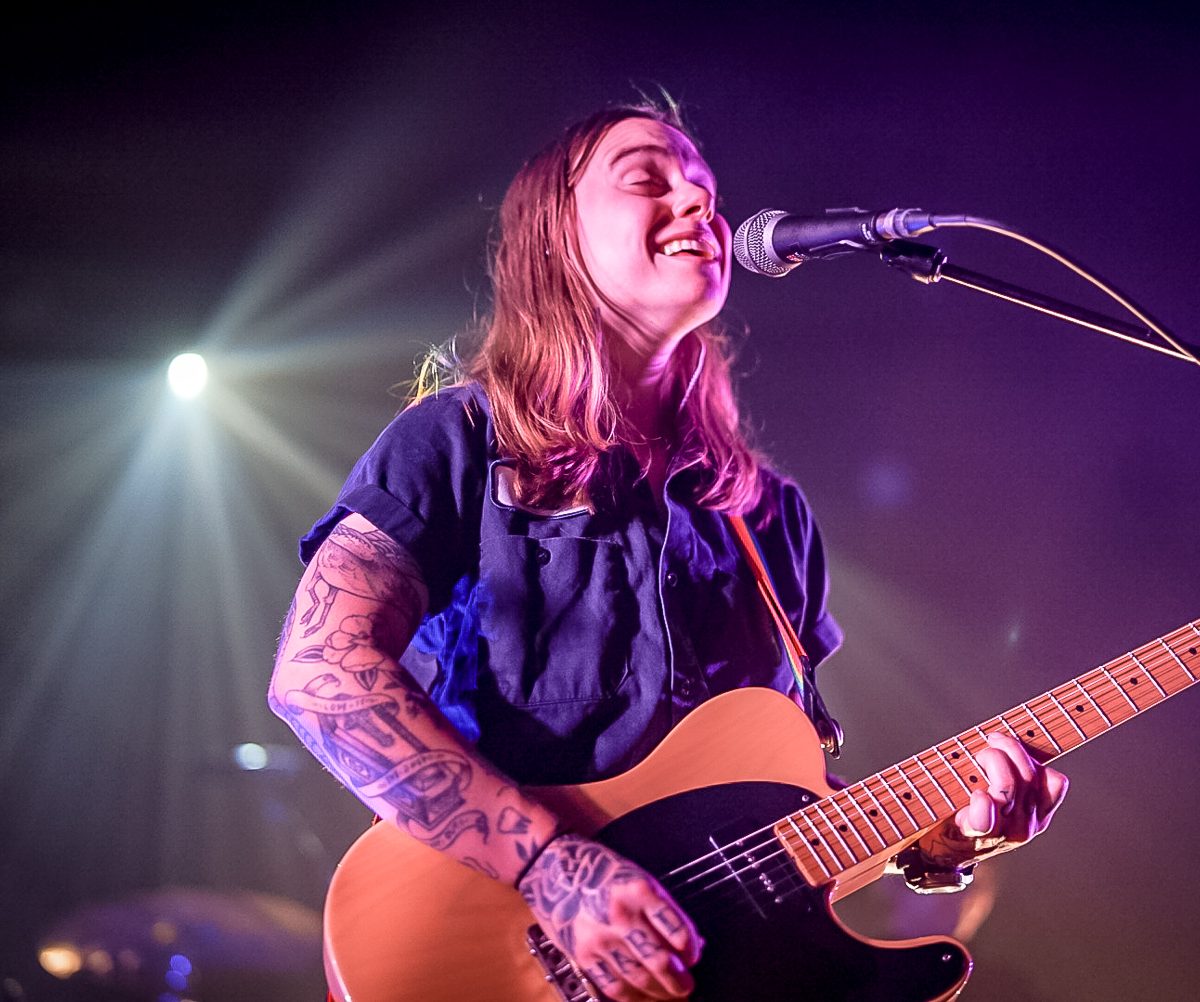 Monday was hardly mundane as indie rock heavyweight Julien Baker made a triumphant and provocative return to the Granada. If you were here the last time Baker played the Granada, then you’ll remember it as a captivating yet quiet set. Monday night’s sold-out show was a far cry from her previous one, as she brought along the richness touted on her third studio album, Little Oblivions, thanks to a full band, rich light show, and emotionally intense arrangements.

That emotional energy matched Baker’s onstage allure. Though she is soft-spoken in her banter, her performance was full of electricity, jolting everyone in the crowd to attention. The guitars were just as lush as the vocals, with moments of wailing that delivered a wallop to the crowd.

The dedicated fans in the audience came from as far as Michigan, Arkansas, and Iowa. This was Baker’s second-to-last stop on the tour, and there was no sense of wearing down in sight. This was a show where you could walk in not knowing a thing about Julien Baker, and come out a devoted fan who would travel across several states for a glimpse at the breathtaking performance.

Chicago three-piece Dehd opened the show with their instantly likable songs performed as short, energetic bursts of glee. These were the kind of musicians that, were they your hometown musicians, everyone would want to be in a band with. They set the mood high and conjured up dancers in the sold-out crowd (the tambourine toss was a particular audience favorite).

It's time to obsess over Stephonne