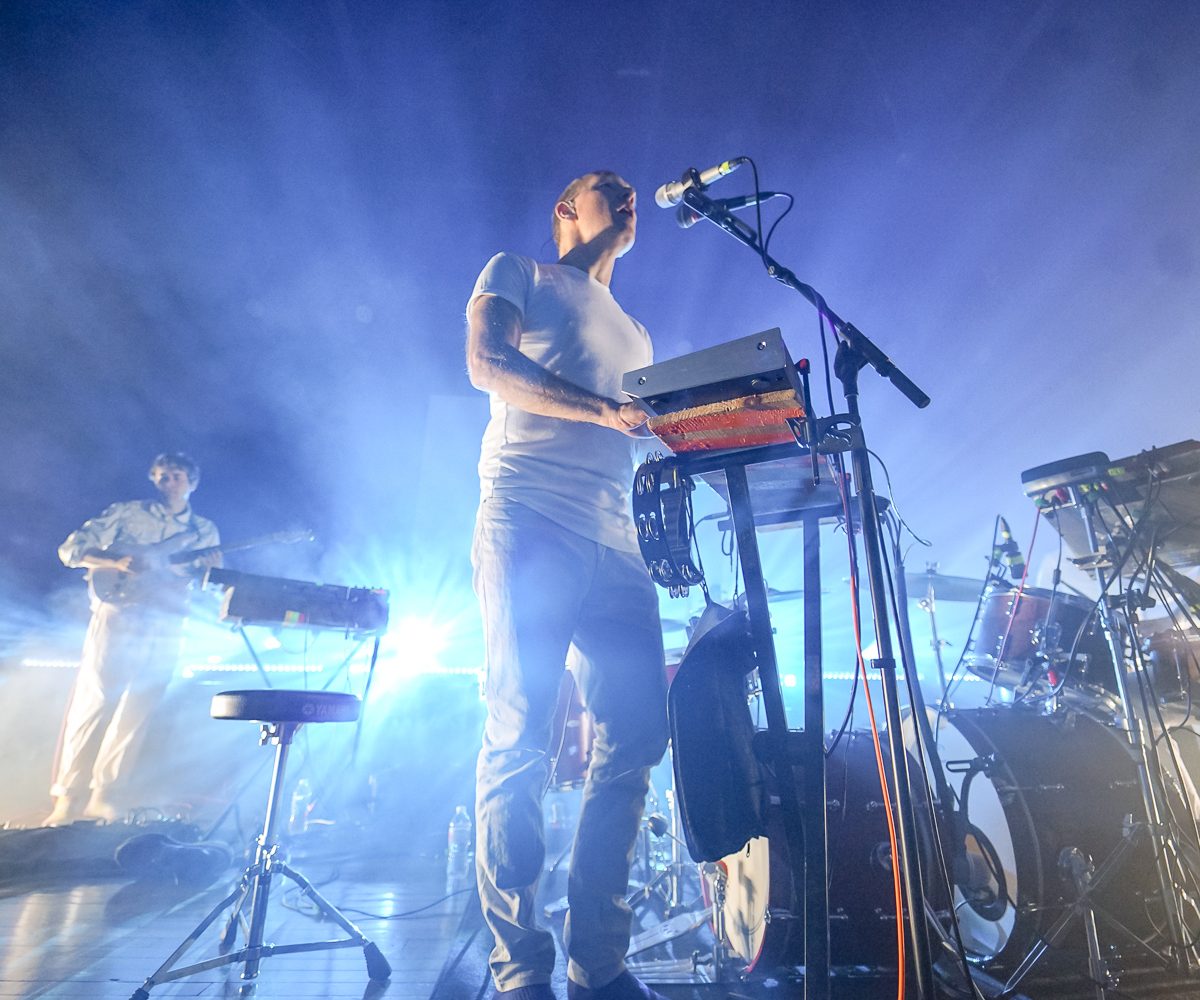 On Thursday night Caribou hit the Granada with a set so stunning, it’ll easily make everyone’s Top Ten lists by the end of the year.

Like many musicians, this was a tour for Dan Snaith that was heavily postponed when COVID hit, putting a dent in his plans to promote Caribou’s fifth album, Suddenly. The show was worth the wait, though, as Snaith and his swath of musicians wowed fans with their expert electronic sound. This may be one of the few shows in your lifetime where you get to experience such a strong electronic dance band using real percussion.

Snaith and his drummer set up kits that faced each other, often squaring off against each other. Guitarists filled in the back, and though the stage at the Granada has grown larger since the pandemic, Caribou made use of every square inch of it (all while thrilling the masses with a calculated set of visuals and lights behind them). The bass was so deep, it jogged several pieces of confetti in the ceiling that had become lodged there from the Silverstein show earlier in the week. If you’re thinking the percussion and timing in the set felt like a mathematical achievement, just remember that Snaith has a PhD degree in mathematics from for work on Overconvergent Siegel Modular Symbols.

Jessy Lanza opened with a fairy-voiced electronic set as a solo artist. We’d be willing to put good money on her ability to break a crystal champagne glass with her vocals, that’s how high they got. When she wasn’t busy fiddling with all of her music machines, she danced about the stage and won the crowd over in a heartbeat.