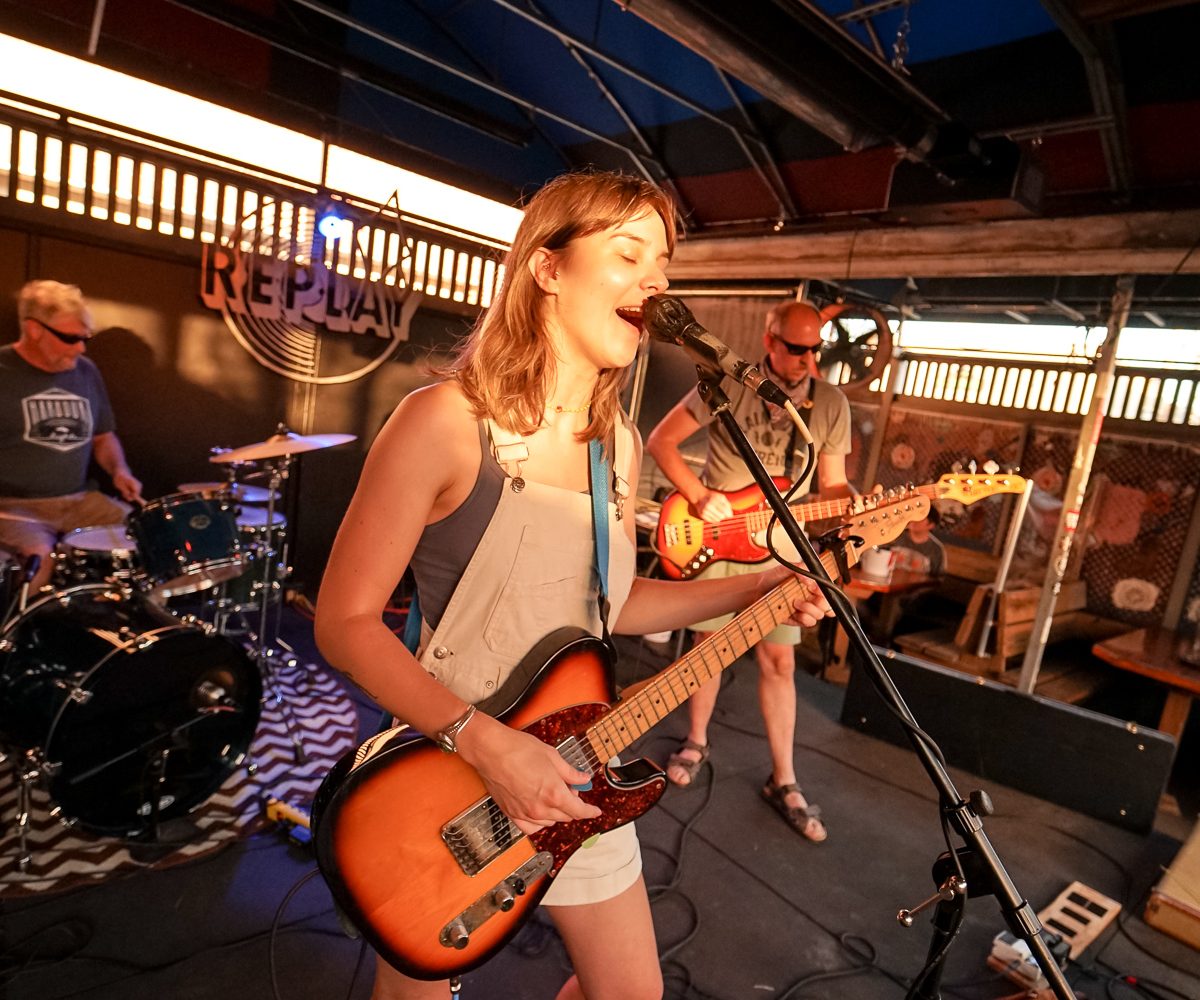 Hannah Norris is a guitar playing machine. This is one of our favorite musicians to watch in Lawrence, because she gets up onstage and noodles around on the guitar for as long as she pleases. It’s like watching someone get lost in the moment, but the moment is an hour and then some.

Aside from her impressive stamina, she’s a rarity in the Lawrence music scene due to her age. Most musicians that young play with other young musicians and definitely sound like young bands. Norris, on the other hand, put together a legit ensemble and sounds like she’s been playing her entire life. On Friday evening, she treated the Replay audience to her talents, including a single she released over the pandemic, which is a more mellowed-out departure from her usual raging blues sound. You can watch “Will I” below.

We felt compelled to let you know that this is going to be a very cool show.

Great piece from @heartlocalmusic on the new album and our 12/3 show at @TheBottleneck in Lawrence, KS! https://iheartlocalmusic.com/2021/11/30/the-vintage-virtuoso-neal-francis-is-bringing-nostalgic-cool-and-piano-rock-to-the-bottleneck/