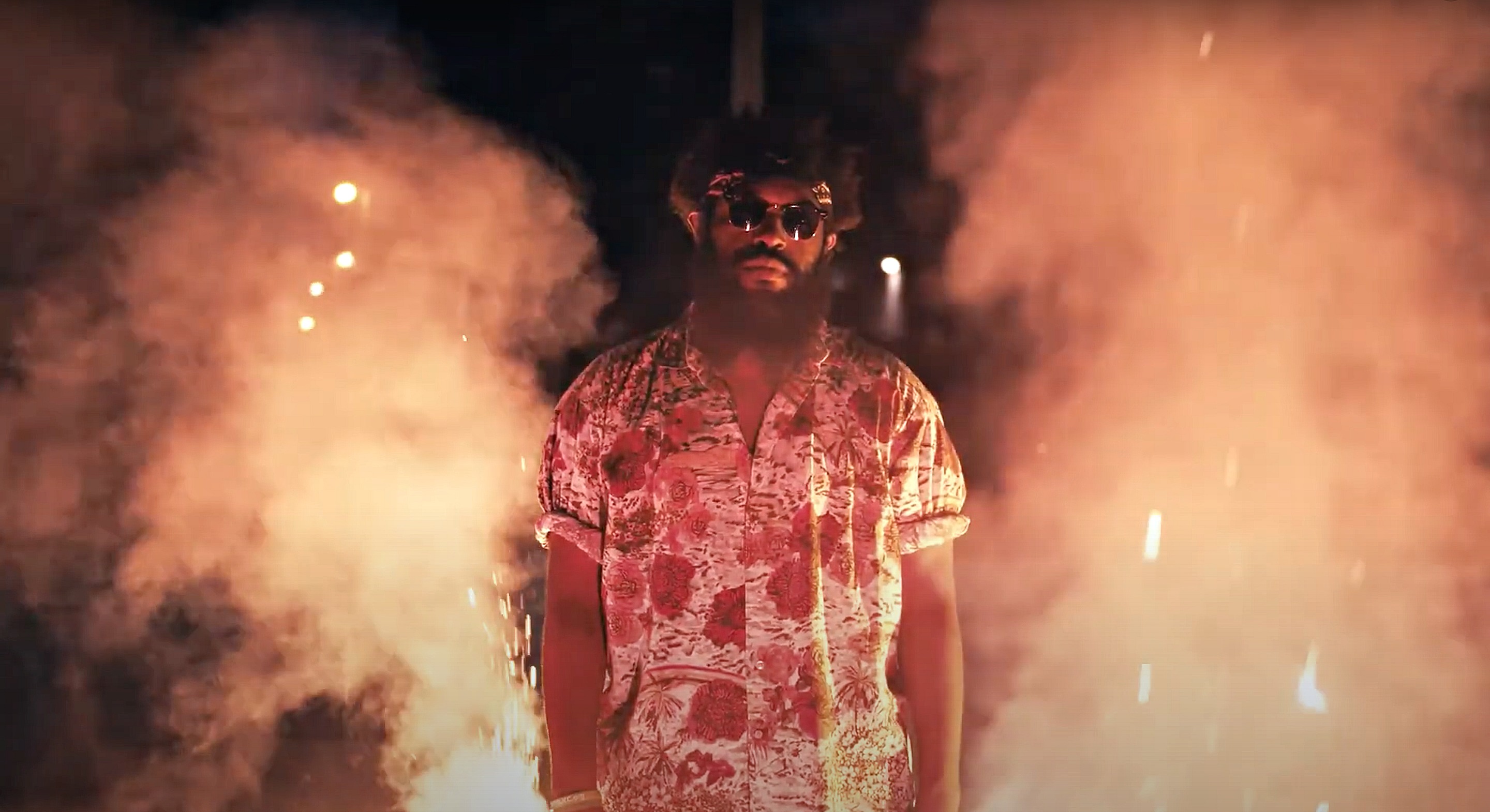 FacebookTweetLinkedInPin
We can really expect no shortage of music videos from a group like Ebony Tusks. Earlier this year, they released a stunning entry for NPR’s Tiny Desk Concert competition. Now, they’re treating fans to a quick (50 second) hit with one of their more popular tunes, an older song from their live setlist.

“Chuck Ds” normally clocks in longer, but for the video (shot last Summer in South and Central Topeka) they kept it at just under a minute. The video features Blake Benton, a friend and collaborator of Ebony Tusks’ Marty Hillard (vocals and instrumentation), Nathan Giesecke (vocals) and Daniel Smith (instrumentation), spattered against images of Summer activities (baseball, fireworks).

“Chuck Ds” generally garners a lot of intense emotions and energy at Ebony Tusks’ live shows, but Hillard hoped this video would convey more. “My ambition was to peel back another layer of the universe from which our songs are created,” he says. “We’ve created a series of vignettes that hopefully help bring that universe to life.”

You can watch the new music video (shot by Jon Ulasien) below, as well as their entry into Tiny Desk Concert from earlier this year (shot by Marcelino Gonzalez III). The full version of the song is set to come out on High Dive soon.