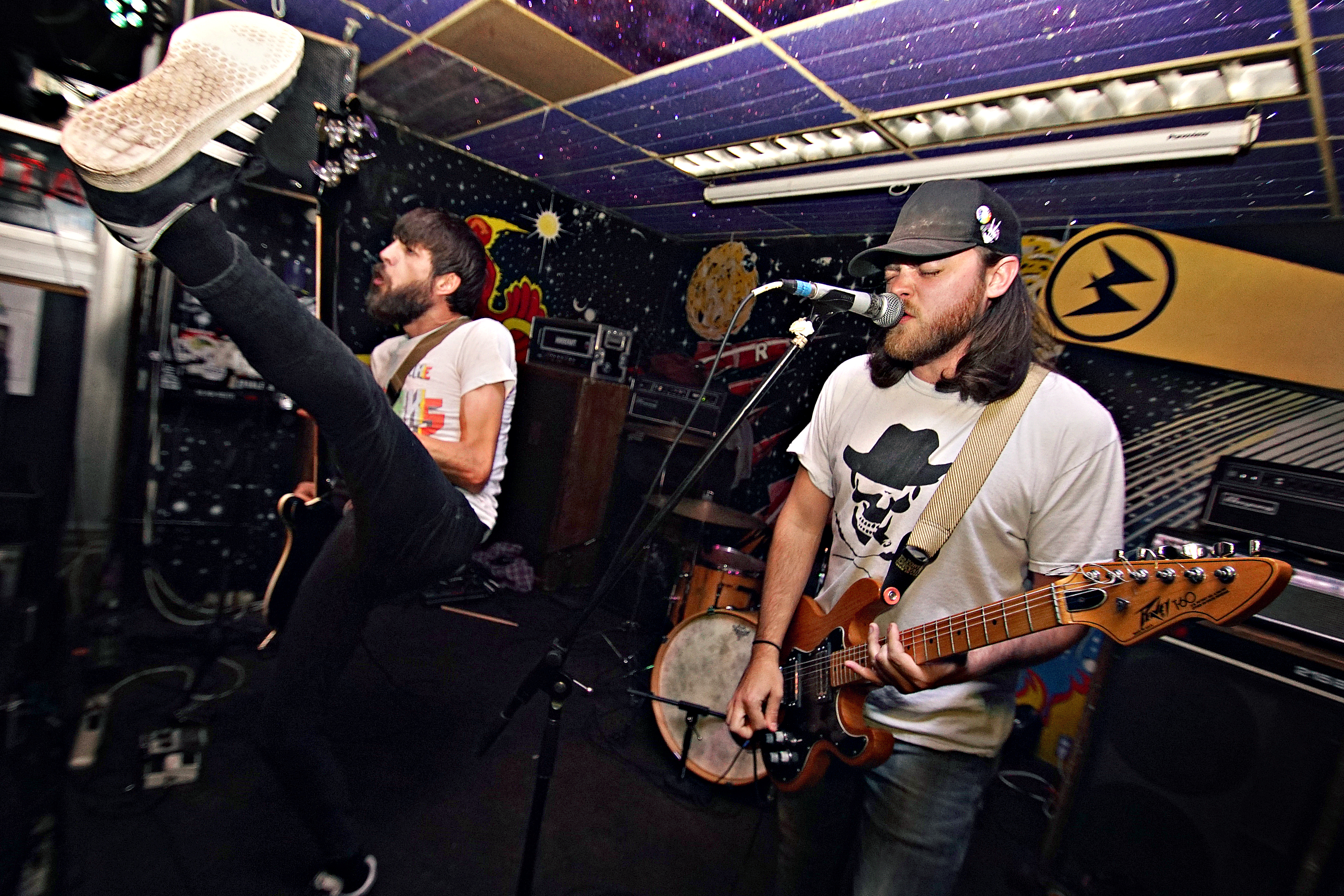 You’re driving through the desert at 100 mph. The sky is green. The mountains are on fire. You look over to see who’s in your passenger seat: it’s Satan. You’re both on drugs. And what’s on the radio? It’s SLAW.

Somewhere between Lemmy and Metallica is SLAW. The band, featuring Gnarly Davidson’s Sam Gunnerson and Mitch Jones, along with SONA’s Bobby Reeves, debuted the vicious sound on Sunday night. Listening to SLAW makes you grow chest hair on the spot– fuck that, it makes you grow KNUCLE hair. Listening to SLAW means you know kung fu. Fuck, man. One time Chuck Norris listened to SLAW and starting whimpering in fear. When Liam Neeson found his daughter in “Taken?” He was listening to SLAW. SLAW is the only gauntlet capable of holding the infinity stones. If Thor’s hammer had a soundtrack, it would be SLAW. SLAW is three hot speeds and a whole lot of cock, and it’s here to fuck you up. Everyone, bow down to SLAW.