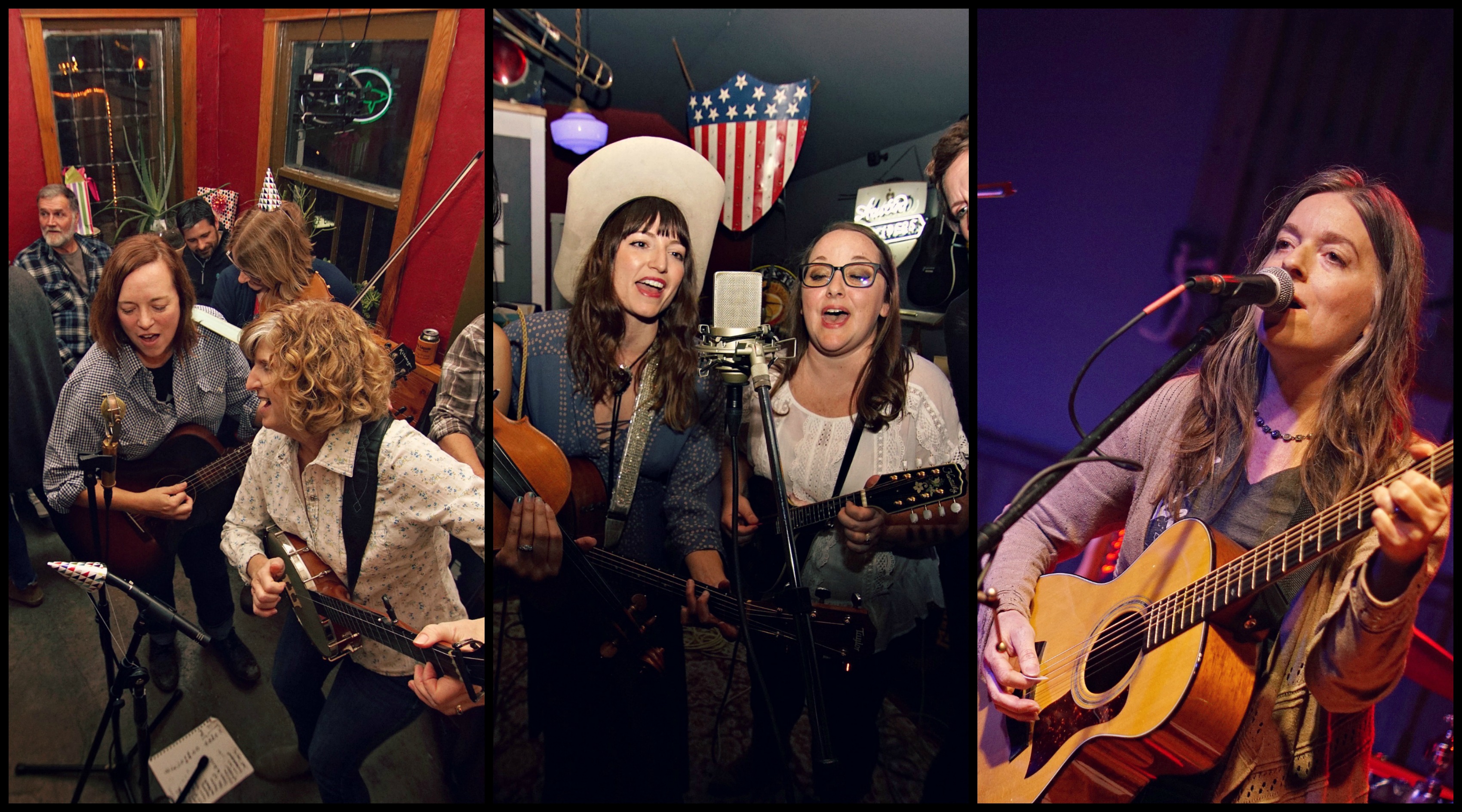 Bluegrass is always in style in Lawrence, but right now bluegrass is really in style.

If you live in Lawrence long enough, you start to notice that genres come in waves. Some years, psych rock rules the landscape. Other years, hip-hop rises. But right now, roots music reigns supreme. It’s the one genre that is pulling in crowds, regardless of the day of the week. It also has a reach far beyond Downtown, extending to areas like North Lawrence (The Gaslight, Kaw Valley Public House) and South Lawrence (S&S Coffee). Often, the shows don’t even charge a cover and bands work on tips and merch sales.

Over the weekend, early and late shows dotted the concert calendar. MAW and Old Fangled brought a cozy crowd crammed into the narrow hall of the Gaslight, and Sissy & Earl crooned at Kaw Valley on Friday. One of the highlights of the weekend was watching the rise of the Christena Graves Band. This indie-fused Americana act brought beautiful string arrangements over heartbreaking lyrics, and Graves gave major folkie Lisa Loeb vibes.

By the time Saturday rolled around, the weather was just crisp enough where everyone wanted to head out. While Sally and the Hurts hit up Lucia, the crowd at Kaw Valley Public House was so thick, you were lucky to get a view of the show. The North Lawrence venue opened their wall panels so the crowd in the narrow hall could spill out into the inviting patio. It was nuts, and no one cared or complained about the cold. They didn’t complain about anything, really.

Unfit Wives had sprinted from their Porchfest set in Kansas City back to Lawrence for this set, and the scene hasn’t quite quenched their thirst for this band. I mean, everyone was there. Your mom was probably there. Even with the fantastic sound system, it was hard to hear above all the gleeful chatter. The ladies wailed away, there was a dog barking somewhere, a guy in the back was playing the spoons along with the band… let me tell you it was a hootenanny.

This kind of support isn’t limited to the weekend. The work week brings regular shows, folk jams, and open mics. There’s a good chance that when the winter settles in, the folk scene will still roll strong, as many venues are equipping their patio areas with space heaters. For now, fans are backing the genre in ways we haven’t seen with other local bands. In an era where apathy and despair can run rampant (and getting anyone to watch live music can turn into a battle), it feels good to see that Lawrence shows up for bluegrass.