On most nights in Lawrence, you’ll find a folk jam

On most nights in Lawrence, you’ll find a folk jam 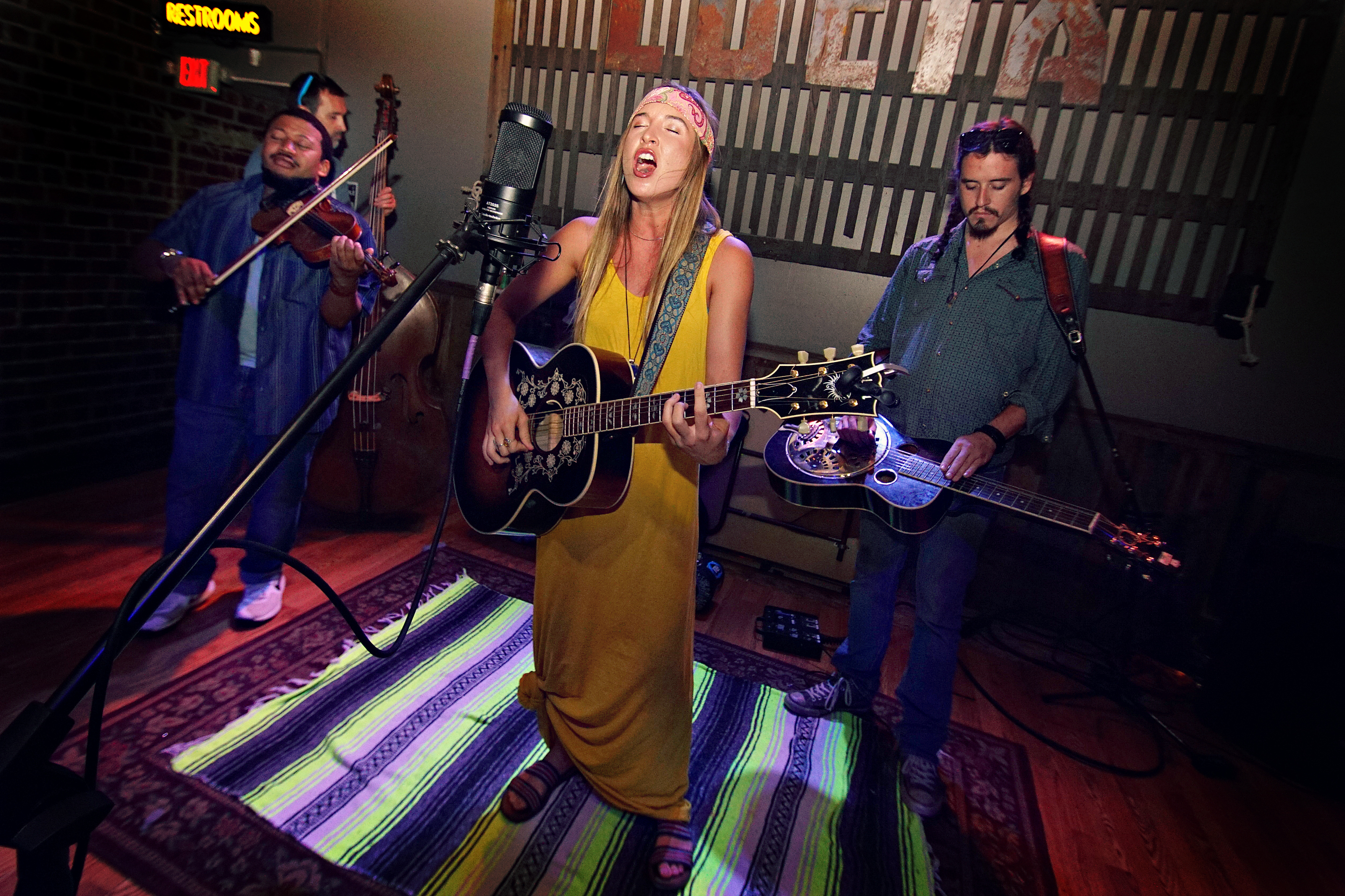 Gosh, folk music is just having a heyday in Lawrence right now.

There’s a good chance that if you go out on most days in Lawrence, there’s a folk jam. These are celebrated bluegrass events where, really, anyone with an instrument and music in their heart can get up and perform amongst their peers. Lawrence’s folk music scene has such an inviting nature to it, and it shows.

One of these jam sessions happens every Tuesday at Lucia. Twang Tuesdays is hosted by the very Twangy Lily B Moonflower. Generally, Lily helps lead a jam session onstage for about an hour, followed by a featured performer (on this night, it was guitarman extraordinaire Monzie Leo), then ending with a couple of more hours of jamming onstage.

If you’re not available on Tuesdays, fear not. There are a few other events you can hit up:

Mondays: Papa Keno’s Back Patio Jam, hosted by Tyler Gregory (this is a longstanding event that has gone on for a few years in Lawrence, we profiled it back in 2014).
Tuesdays: Twang Tuesdays at Lucia and Open Mic at S&S Coffee (this was formerly on Thursdays)
Wednesdays: Open Mic Night at Replay (also hosted by the very friendly and very bearded songwriter Tyler Gregory)
Sundays: We’re told the Gaslight in North Lawrence hosts a jam on Sundays, but we have yet to make it out to one.

Considering cooler patio weather is just around the corner, and most folks will be feeling that folk high off of Winfield, this month is a folk fan’s time to shine in Lawrence.