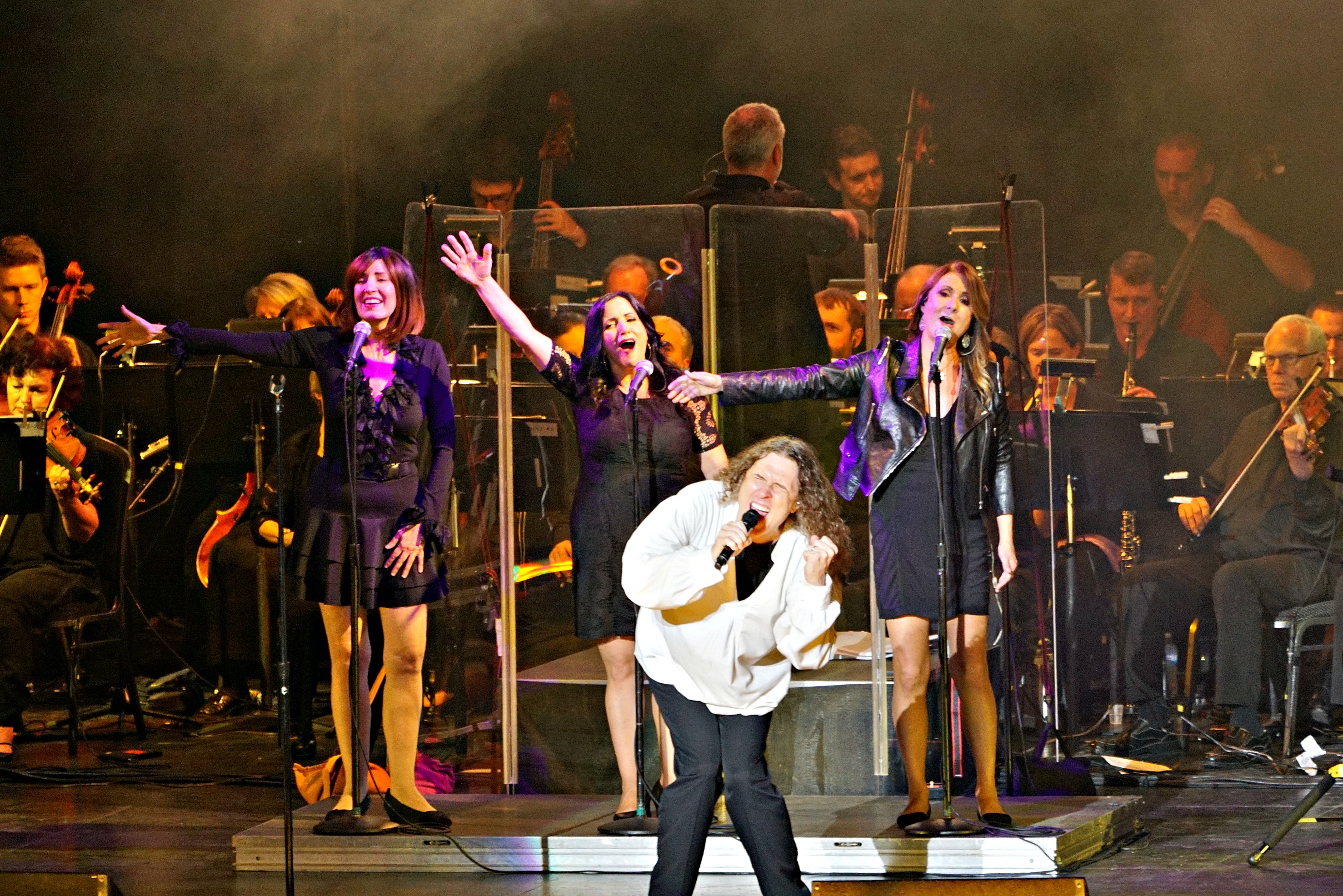 Anyone who’s been to a Weird Al show knows to never expect the same performance twice– but on Saturday night, his “Strings Attached” tour brought his most unique and ambitious idea to life. This was a special tour, featuring a full symphony with every performance. He couldn’t have picked a better venue, thanks to the gorgeous acoustics that naturally flow out of the Starlight.

The night began with the 41-piece symphony performing a handful of “nerd” favorites on their own, including the themes from “Indiana Jones” and “Star Wars.” After a short intermission, they were joined by the man of the hour and his usual cast of characters. This tour also brought the addition of three backup singers, a new concept to Weird Al’s setup. This allowed the singers to coordinate outfits with the band– they wore Devo hats during “Dare To Be Stupid” and threw pom-poms at Weird Al’s Kurt Cobain character during “Smells Like Nirvana.”

The first part of the show consisted of Weird Al originals such as “Harvey the Wonder Hamster” and “Weasel Stomping Day” (of Robot Chicken fame). But there was still plenty of time for the pop favorites, like “Tacky” and “White and Nerdy.” However, the crowning jewel came when they fired up “Amish Paradise.” The song, parodied from Coolio’s “Gangasta’s Paradise,” is known for its rich strings– but hearing it live with an actual symphony is a whole new experience, and it rang out strong at the Starlight. Everyone was happy to raise their hands in the air for this one.

The night ended, as it usually does, big for Star Wars fans. Weird Al, in full Jedi regalia, was joined by the 501st Legion, 70th Explorers Garrison, as they swayed and danced (even raising light sabers gleefully in the air for a bit) during “The Saga Begins.” When he fired up “Yoda,” he finally strapped on the accordion. That’s when we realized this was the last song of the encore, and we hadn’t even seen his famed instrument yet. This show was so immersive and infatuating that we didn’t even notice he was sans the tool that made him famous. He ended it triumphantly, hoisting his accordion far above his head. It was a grand finish for an even grander show, one so rare (and so extensively organized) it’ll likely never grace stages again. Those who experienced it are immensely lucky.

On most nights in Lawrence, you'll find a folk jam