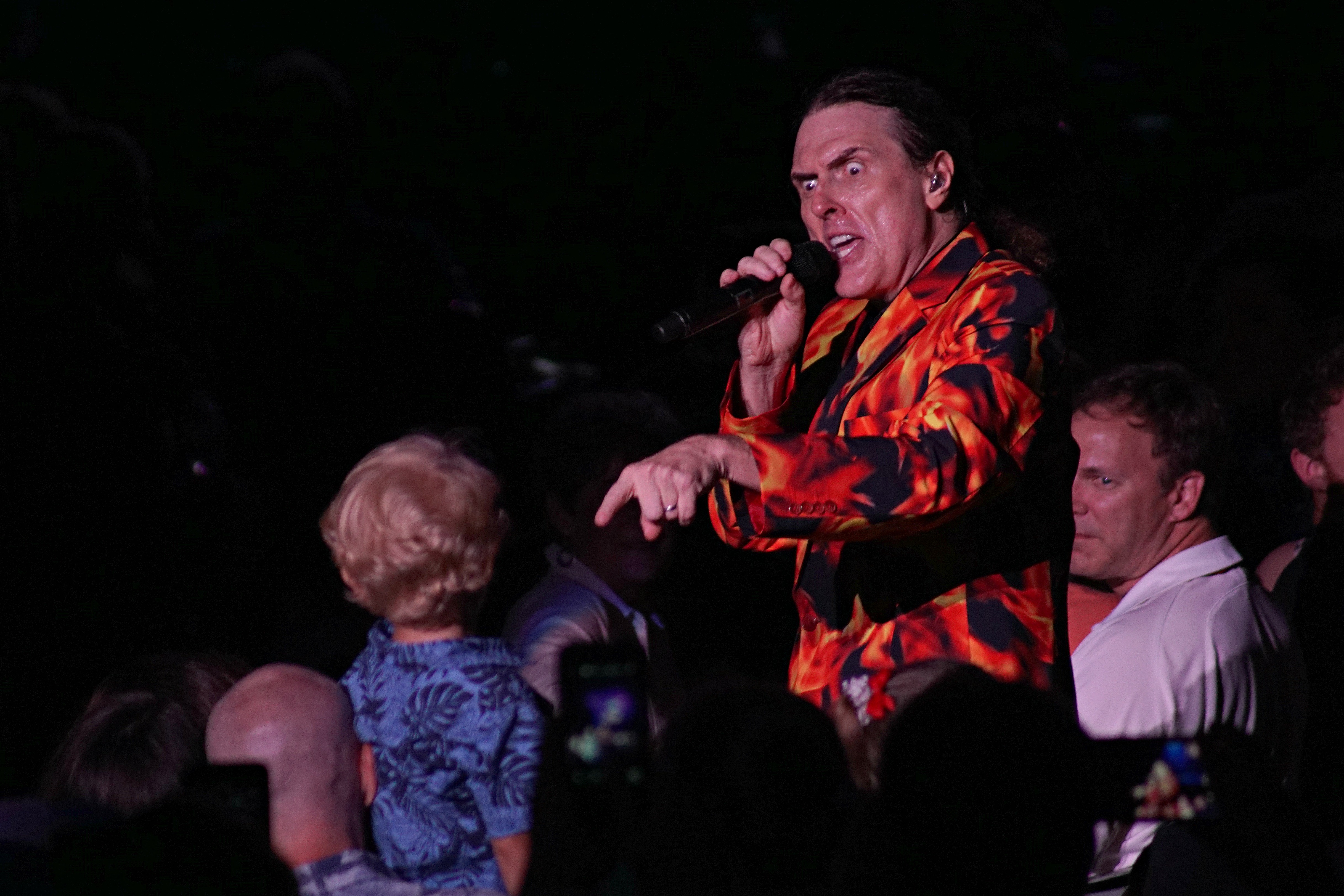 Really, the first thing that was fairly noticeable was the staggering amount of tin foil hats. Everybody had them on. Audience members, children, security, food stand workers… all donning their own creative interpretations of tin foil hats. This visual display worked in accordance with Weird Al’s “FOIL” single, a song that made an appearance later in the evening.

In fact, tackiness was abound at the Starlight on Sunday night. Hawaiian shirts, mismatched patterns, and silly hats donned every fan across the outdoor venue. True to his form, Weird Al made a grand entrance through the side of the venue to his “Happy” parody, “Tacky.” He shimmied past fans, wiggled onstage with the sign language interpreter, then dived into some of his most beloved hits. The constant chameleon sported a fat suit, an octopus costume, and various wigs as he parodied the most well-known pop songs of the past four decades.

Between songs, the screens played several video montages. Most of these included references to Weird Al throughout pop culture, like on episodes of The Simpsons or mentions on game shows. The performer is so embedded into media that despite seeing his show three times, we’ve rarely seen the same clip twice.

Sporting such a lengthy list of singles in his career meant finding new ways to approach his songs. This included an MTV Unplugged style medley of his 80’s hits (“Like A Surgeon” and “Eat It”). A few lap dances in the audience later (thanks to “Wanna B Ur Lovr”), as well as a grand finish to “Amish Paradise,” the band left and shortly returned with the 501st Legion for “The Saga Begins” and “Yoda.”

With such a lively performance, scores of costume changes, and a well-integrated band, Weird Al’s show is one that’s easy to love. It may be the only show we see where the main act is giving an elderly fan a lap dance while a toddler dances in the next aisle over. In essence, Weird Al owns up to his “Tacky” image to “Dare To Be Stupid” all in the name of merriment and entertainment (hardly a “Lame Claim To Fame”).

Five Questions with Buzz Osborne of The Melvins