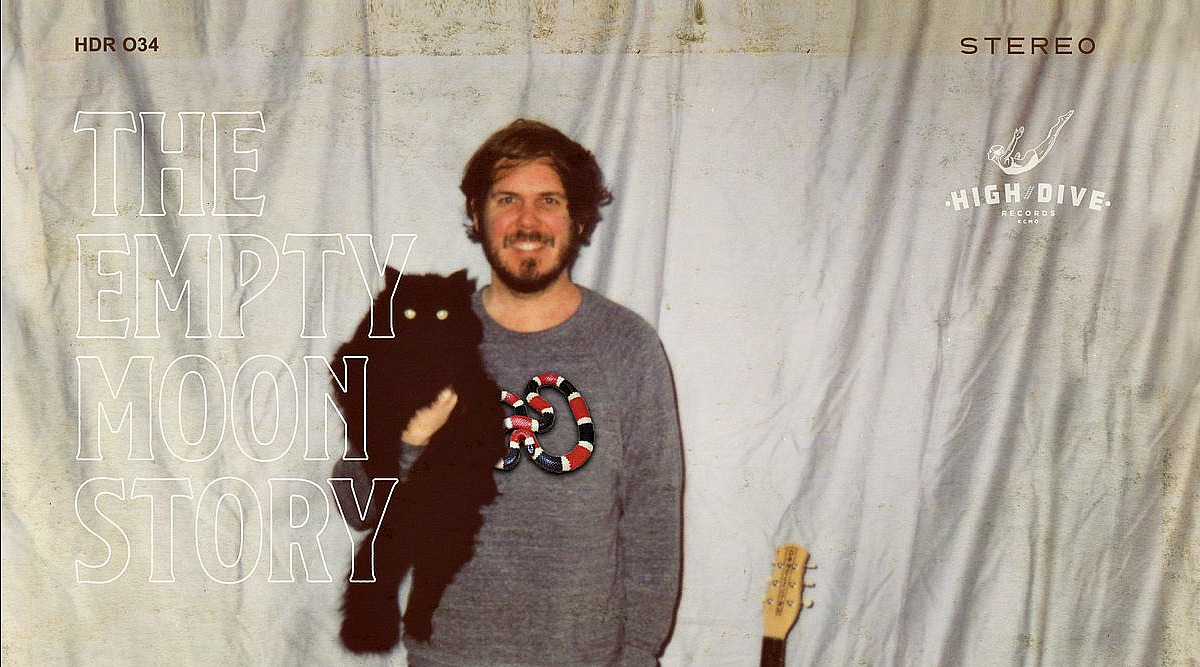 Five long years have passed since Brendan Hangauer’s debut album under the moniker Empty Moon (add a year for the Fourth of July record from which it originated) and his home is again the Midwest. While the scenery may be different, The Empty Moon Story is still soaked in the California sun; the jaunty pop laced with Hangauer’s melancholic growl has been sorely missed around these parts. But a lot has changed. The beer-drenched sadness has shifted to the wisdom of a weathered journeyman. A full circle journey of sorts presented in a (sometimes) breezy folk-rock record thick with humid heat. That west coast vibe wrapped in mugginess. The sharp tongued swipes at fleeting friendships and lovers lost and the creeping crawl of getting older are all Hangauer’s forte. He isn’t trying to hold onto the fleetingness of youth; he’s embracing a knowledge gained over the years in all its agony and ecstasy. Eleven tracks that showcase his humor (“Red 34,” “500 Friends”), his bittersweetness (“Grown Ups,” “Selfish Blues”), and his wholehearted lyricism (“What’s Her Face,” “Map for the Maze”). He’s not lacking sentimentalism; he’s just unflinching. The microscope turning from himself onto others and back again.

And I haven’t even touched on the music (featuring drums from fellow Fourth of July member Brian Costello): The bumping bass line of “Grown Ups,” the start and stop racing on “Map for the Maze,” and the forlorn piano keys on “Viking Princess” all have a hint of sadness hovering above them, but live side by side with the lively deliveries of “Red 34,” “French Leave,” and “Family Names.” He’s having fun with us too. Ruminations with a reassuring smirk (especially on “500 Friends”). And there’s something relaxing about The Empty Moon Story. Confident, but nothing smarmy. Whatever that warm feeling is I can’t describe. It’s not nostalgia; this is now. But here’s a familiar voice to welcome us back even though so much has changed. Catching us up on what we’ve missed and sharing some old memories. A story worth repeating.

On most nights in Lawrence, you'll find a folk jam