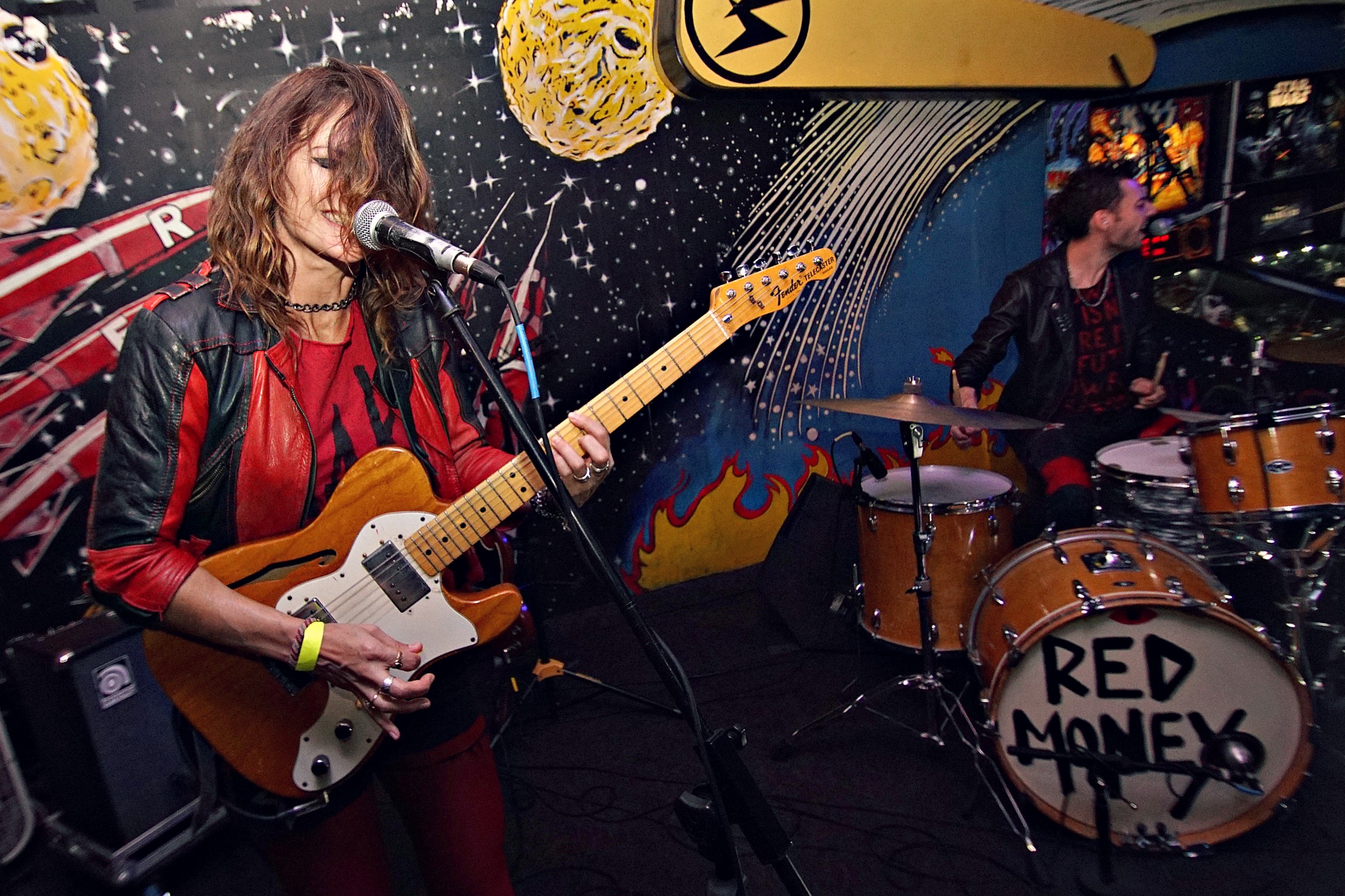 Uh-oh, someone has kicked down the door. It’s Johnny Depp. He’s walking away from an explosion, and this is the music that’s playing.

If you needed a reminder that rock and roll was alive and well in this town, Thursday’s Replay show was a good place to start. The lineup delighted rock fans in Lawrence, especially those who are fond of Red Money. The duo keeps it no-frills-simple with their guitar/drums setup. True to their name, they donned red from head to toe and exuded cool. Laure Laferrerie’s vocals are effortlessly authoritative over her guitar bends. This is what Blondie or the B-52s would have sounded like if they remained you friendly neighborhood garage band.

It had been close to three years since the French band rolled through. However, as of two months ago, they now reside stateside. This could mean more frequent touring in the area from here on out, rather than the few and far between international tours.

Red Money were joined by Burger Records’ Cigarette Bums, who got the crowd of party kids worked up, and Vedettes, who are perhaps the most authentic rock and roll band in town.