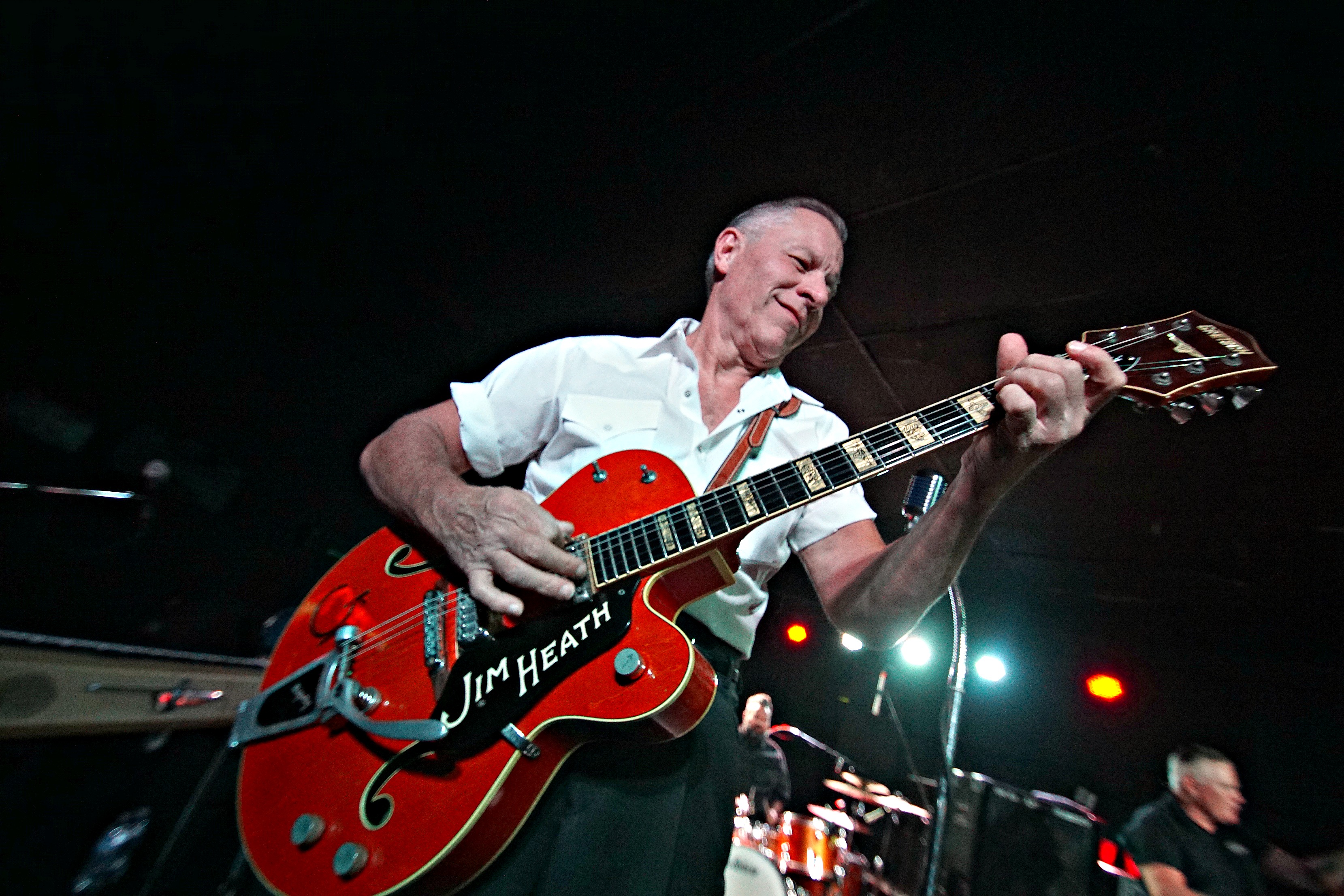 There may have been a tornado outside on Friday night, but the real storm was brewing onstage at the Bottleneck.

The Reverend Horton Heat brought a lengthy psychobilly set to the legendary venue and a packed audience. With a dozen albums spanning several decades, it’s no wonder the set list was two pages long. It was a no-frills and all-thrills affair– there was no witty banter back and forth with the audience. Every song was introduced humbly: “This is from our fourth album” or “This is from our first album,” followed by some of the fastest fingers on the fret you’ll ever see.

Jim Heath’s fans are a dedicated bunch. They’re not the type of fans who will see the Reverend just once, they’re in it for the long haul. They show up every time he’s within driving distance of their town. We caught snippets of conversations where audience members recounted how many times they’ve seen the show– and really, everyone needs to see the surf-rock-rockabilly dynamite set at least once. I mean, have you even lived if you haven’t seen Jim Heath straddling Jimbo Wallace’s bass and wailing away on the guitar while Arjuna “R.J.” Contreras twirled his drumsticks and made wild faces?

On this night they were joined by The Delta Bombers, who debuted a lot of new music and even played a new song live for the first time.