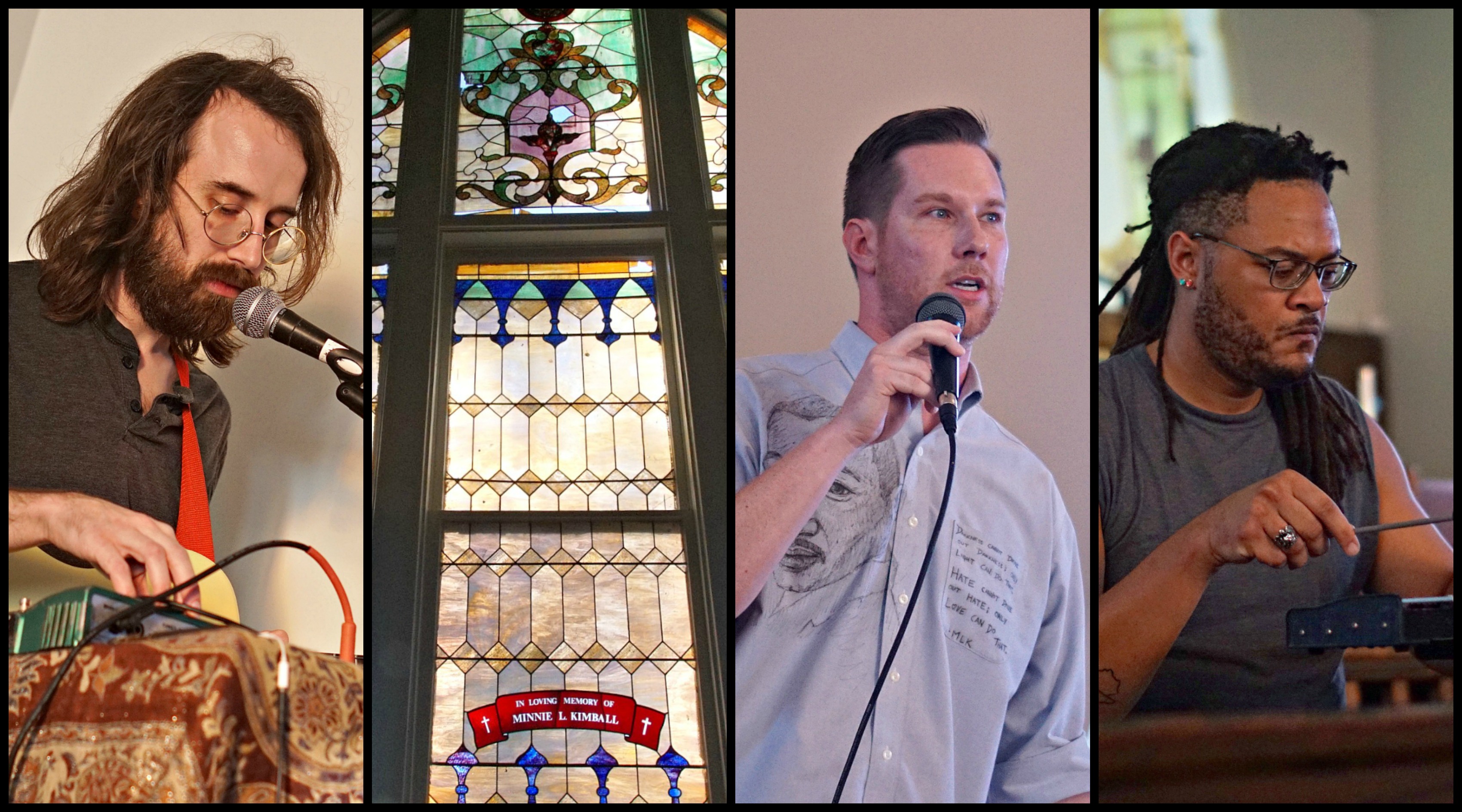 While much of Lawrence spent their Saturday evening absorbing the business of Downtown, some Lawrencians headed just a couple of blocks East for a hypnotic and entrancing affair.

St. Luke AME, a historic church located at 900 New York, was the focus of everyone’s attention. In an effort to raise money to replace the Church’s beautiful stained glass windows, local artist John Sebelius called up his old classmates from Topeka High, Martinez Hillard (of Ebony Tusks fame) and CS Luxem. Together, they created an all-encompassing multimedia experience. Luxem and Hillard played off each other’s musical talents– Luxem, the master of loops, while Hillard crooned, strummed, and popped in the occasional percussion. Images of the stained glass windows were projected on the walls, constantly moving and intoxicating the crowd. At the front of the Church, Sebelius sat down and created one of his iconically-styled portraits of Langston Hughes (who was no stranger to St. Luke AME).

The audience, made up of local creatives and dignitaries, sat scattered throughout the pews. It was all eyes to the top, not in a heavenly gaze, but in fixation with the artist’s work. Sebelius’ live painting process was projected onto the tin-tiled ceiling. This was the first of two performances for the night, and by the end one painting went to the Church, and the other up for sale with proceeds to the fundraiser.

You can learn more about (an donate to) the project at bit.ly/StLukeAMEWindows.