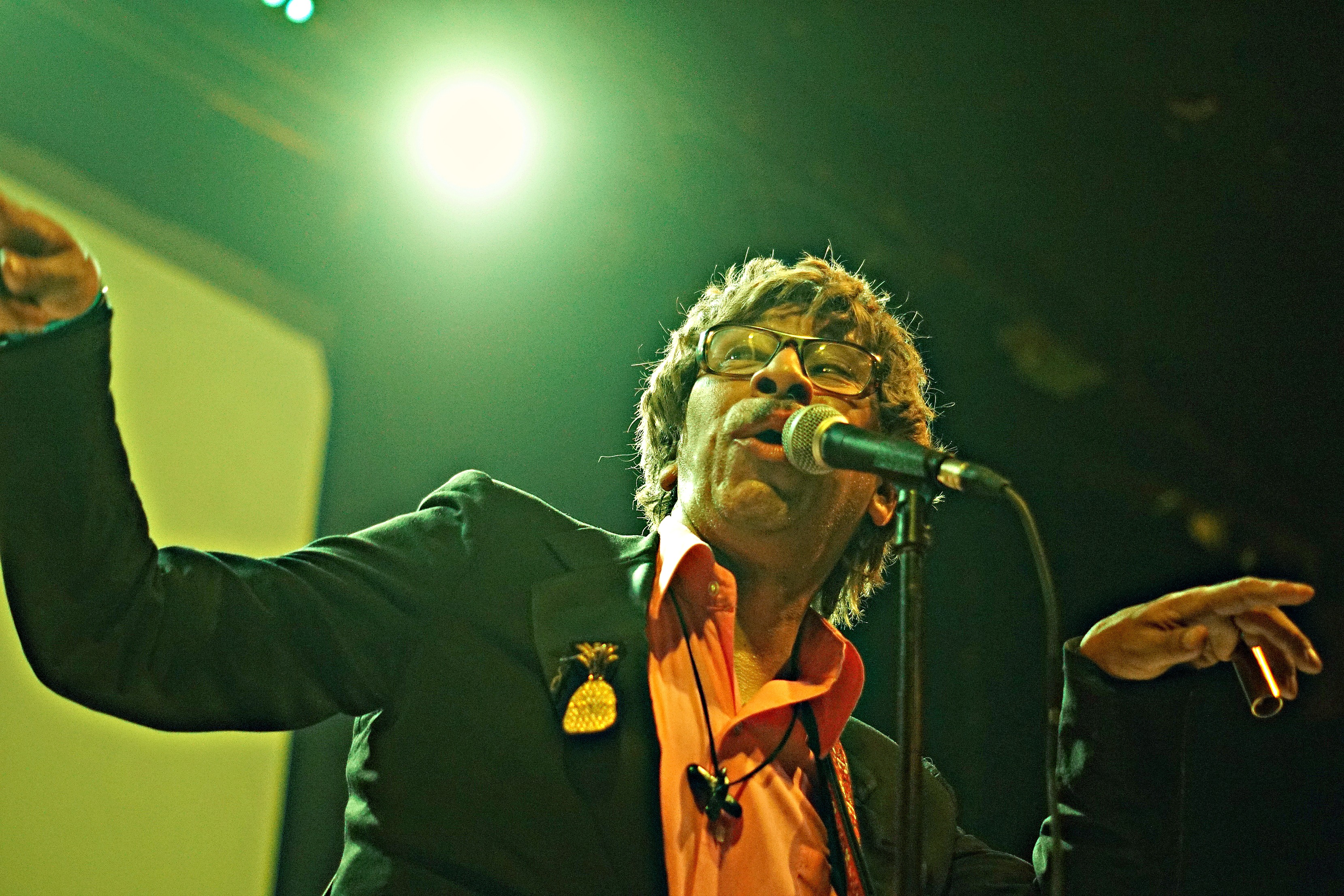 You, dear Lawrencian, have nothing to feel but the upmost enthusiasm at where the local music scene is headed. If the final day of Lawrence Field Day Fest has anything to offer, it’s that we’re in good hands with the future of music. This is where emerging artists had a chance to shine. There was something for everyone at this off kilter affair. Even Lucia, with its smaller, three-band lineup, covered a broad range.

Sutphin are absolute nutcases. We love rock bands that go hard, and the psychos in this Wichita-based group are just the boys to do the job. Somewhere between Plague Vendor and Girl Band, Sutphin channels the provocative, stimulating, and slightly uncomfortable level of rock that we didn’t know we were missing. Their wirey thrashing and offstage antics are the very essence of nonchalant punk. They will most definitely be desired by the Lawrence scene in the coming year.

The Sophomores are also expected to be a common name in the coming year, thanks in part to frontwoman Hannah Norris’ powerhouse vocals. This is a rock band that doesn’t need the scene’s permission to be “cool,” because they are already perfect. They also delivered one of the most stunning and bewildering moments of the night, thanks to their popular cover of this Jefferson Airplane track. You must watch the clip below, and hold on tight when you do because it will knock you on your ass.

NuBlvckCity is also expected to make waves not just in Lawrence, but in this entire region. The Kansas City-based R&B group is meticulously polished. This four-piece can wake up any sleepy room thanks to their exciting ensemble of rappers and crooners. Plus, having a sultry sax man is always a good idea. We don’t know what it is about Lawrence, but whenever a sexy sax man appears in a musical group, the room just loses it.

When Lucia’s early set wrapped up, attendees walked a few steps down to the Granada and indulged in a ferocious night of rock and roll. Pale Tongue are no strangers to lighting a fire under everyone’s asses with their hectic brand of psych rock. Vedettes absolutely slayed, because they are the most rock and roll band to exist in Lawrence in recent years (we will fight you over this). They’re the type of band where, when the frontwoman fires up her terrifying growls, we’ve actually noticed people jolt back a bit. If you were wearing pearls, you’d be clutching them trying not to faint at the sheer rawness in Heather Lofflin’s vocals.

Stiff Middle Fingers made a triumphant return to the stage with a bit of political theatre and powerful punk ballads. Vocalist Travis Arey, who generally spends the set stripping down, carried his stunt in reverse– he started with an American flag speedo, and slowly added layers to a three-piece suit. Don’t worry, he ditched the pants entirely. It may be just us, but it feels like they played faster than they usually do, which produced a lot of flailing– an appreciated quality that kept them from being swallowed by the large Granada stage.

Kid Congo and the Pink Monkey Birds rounded out the night (hey, wouldn’t you know it, the drummer’s a local guy!). People we don’t normally see at shows turned up for this one, and the crowd bopped along with the punk legend. In addition to being free and all ages, the event was also early (a rarity for many Lawrence shows), so you bet the aging punks of yesteryear made an appearance in the crowd. This provided a shining opportunity for the scenesters of years past to connect with the up-and-coming talent on the lineup, leaving a community that felt like Lawrence’s music scene is in good hands– and that’s all we can ask out of a festival that was started with the intention of keeping the focus on local bands.

50 Years After The Moon Landing: How Close Is Space Travel, Really?